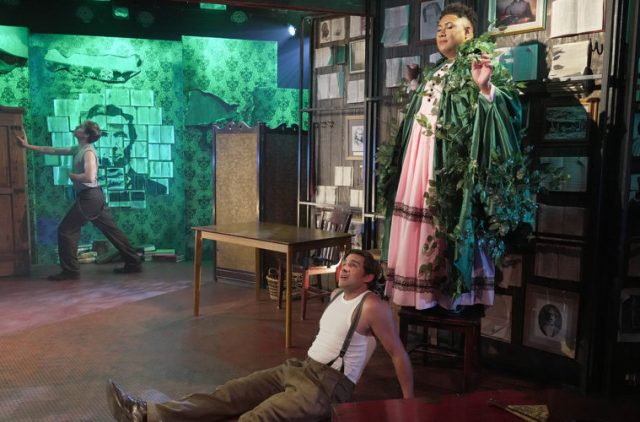 In this week’s L.A. Weekly Culture Pick, editor Lina Lecaro reviews Lavender Men, a local historical theater piece. Born out of the creative mind of playwright Roger Q. Mason during the height of Covid, the play is an inspired reimagining of the life of President Abraham Lincoln through a LGBTQ+ and BIPOC point of view.

“Led a charismatic queer character named Taffeta (a personality from a short film Mason also made during the lockdown) it juxtaposes modern issues into a period piece exploring racial and sexual exclusion and how Lincoln might have approached these issues,” writes Lecaro.

Lavender Men is being shown in Los Angeles, and is directed by Lovell Holder, featuring Alex Esola as Elmer Ellsworth (a vet of TV and film including The Kennedy Center, The Ahmanson and the recent feature After the Wedding), Pete Ploszek as Abe Lincoln (The Cherry Orchard, Babylon) and Mason themself (who served an associate producer on Discovery+ docuseries Book of Queer) as Taffeta.