Debunking the bunk about food and dining

A new year always begs for some nostalgia. We hope you enjoy this column from more relaxed times. 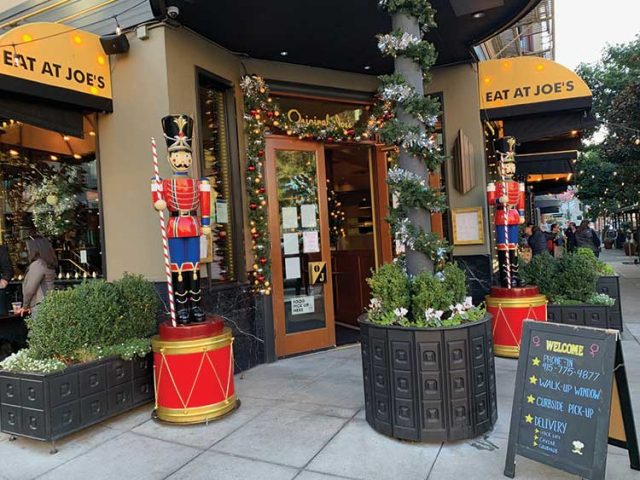 In case you haven’t noticed, I love writing about food. I love eating it, too. This column is about debunking the bunk about food and dining. For some time now I’ve been keeping notes on gross gustatory inaccuracies and misapprehensions — call them fake food news.

There are those philistines out there in loopy land who can’t stand Worcestershire sauce. They think it tastes fishy, and they might be right. But I say there’s no food that cannot be improved by a dash of this stuff. Bloody Marys, of course — also beef stew, steak tartar, short ribs, turkey gravy, vegetable soup, and Caesar salad.

But what is Worcestershire Sauce? In 1837 two chemists, John Wheeley Lea and William Perrins, made the first Worcestershire sauce. They were asked by Lord Sandys, who had been governor of Bengal, to reproduce a sauce from India that he favored. It missed the mark and the chemists stored it in a cellar. Several months later, they dragged it out and tasted it gingerly. It was terrific. The fish had fermented and that’s what provided the tang that Worcestershire sauce still has today. Although the exact recipe is a secret, ingredients besides the fermented fish essence are vinegar, molasses, soy sauce, onion juice, and tamarind paste.

THE CHEESEBURGER IS SUBLIME

The American cheeseburger is the most sublime food ever created. For me it has the six basic food groups necessary for good living. Yes, I said six, not five. Protein (burger), vegetables (lettuce), fruit (tomato), grain (bun), dairy (cheese) — and grease. Without grease a cheeseburger is not a cheeseburger.

SAUERKRAUT IS NOT SOUR

I love sauerkraut. Sauerkraut is not sour when it is prepared correctly. The trick is to rinse it thoroughly in several water baths before you cook it. The sauerkraut will mellow out. The only time it’s permissible for sauerkraut to be sour (so the gods decree) is when an uncooked forkful is added to a hot dog in its bun. Hot dogs should be slathered with mustard, topped with a squeeze of catsup, chopped raw onion, pickle relish and, of course, some sour sauerkraut.

You don’t have to baste a roasting chicken. The chicken is perfectly capable of basting itself — if you teach it how. I got this from food maven Ruth Reichl. Cut a few slivers of fat from your chicken and with your finger insert them between the skin and the breast meat before you put the bird in the oven. The fat will soon melt and baste the chicken for you.

Common knowledge has the Beats dining on cheap Chinese food and also Italian stuff at the Old Spaghetti Factory on Green Street. But Allen Ginsberg favored Russian borscht. Here’s how he made it: Take a dozen or so beets, peel them, and chop into bite- size pieces along with their stems and leaves.  Salt lightly and boil in about 8 to 10 cups of water until you have a thick,
red soup. Add a bit of sugar and the juice of a lemon. Add a few small boiled
potatoes. Serve with a dollop of sour cream on top.

Alice Waters did not invent dining on seasonal foods. She picked up the idea on a visit to France, and on reading the cookbooks of expatriate Richard Olney. Our own San Francisco food guru Narsai David preceded her on the seasonal stuff, too.

A MICHELIN STAR FOR COSTCO

Michelin stars don’t necessarily mean you’re going to enjoy your meal. If a Costco hot dog makes you happy, go for it. Come to think about it, the Costco food counter deserves one Michelin star — for its chopped onion machine.

Not all pizzas are created equal. Some are mushy and doughy. Others are too oregano-ish. There are more than 20 joints that serve pizza in North Beach. All are good. Shop around and find a pizza parlor that pleases you. I like ’em thin-crusted and crispy.

Just what is a power lunch? The term originated in New York (of course) in 1979 by Lee Eisenberg’s Esquire magazine article — “America’s Most Powerful Lunch.” Eisenberg was referring to the famous Four Seasons, the iconic restaurant in the Seagram Building. He said the Four Seasons was the place where deals were made. Do we have power lunch restaurants in San Francisco? Of course! Three come to mind — Le Central, Sam’s Grill and Seafood Restaurant, and Original Joe’s.  But do you have to eat there to do a deal? No way! In this city deals are also done in pizza joints, coffeehouses, and on the sidewalks in front of take-out delis. San Francisco is more egalitarian than New York. Let’s keep it that way.