The best calzones can be found at Calzone's. Photo: courtesy Dan Vuong
by Ernest Beyl

Who would have imagined it? The Ernesto’s — six years! These annual Best of North Beach awards have taken on a life of their own. When I started the Ernesto’s, I was just looking for a column idea. But now: “Oh, you’re the guy who does the Ernesto’s?” they say. Then they either air kiss me, or try to throttle me with their bare, grease-stained hands.

Every neighborhood in every city should have a Freddie’s. Founded in 1926, Freddie’s Sandwiches is located right across the street from the Francisco Middle School. This is the place for those great deli sandwiches and salads.

Mama’s has been serving omelets, waffles, French toast, and eggs benedict at this location for more than 50 years. Long lines to get in, but worth it.

A remnant of the Beat era, this iconic coffeehouse is a famous North Beach landmark. It was the first espresso coffeehouse established on the West Coast (1956).

Named for an early San Francisco madam, this is a friendly place like Belle Cora’s original bordello.

The owner is Francis Ford Coppola, who in addition to being one of our greatest motion picture directors, produces some of California’s best wines. Many of them are on Café Zoetrope’s wine list.

Hector Chaparro is the chef-genius behind Betty Lou’s version of this classic San Francisco dish. Undoubtedly the best in North Beach, Hector’s cioppino is balanced delicately between being a fish stew and a fish soup. Dungeness crab, prawns, mussels, clams, San Francisco Bay shrimp, and calamari all swim in a spicy red broth.

When I was a boy there weren’t a lot of fancy lettuces. My mother would say, “Here’s fifteen cents, go down to the store and get a head of lettuce.” A head of lettuce was iceberg lettuce. That was it. This came to mind the other day when I ordered a crab Louie at Sotto Mare. Sotto Mare doesn’t fool around with a lot of fancy stuff. Your mound of fresh Dungeness crab sits atop a pile of shredded iceberg lettuce.

So where else would you expect the best Calzones? And, in case you are new to the calzone world, this Italian specialty is an oven-baked, doughy turnover stuffed with your choice of several savory fillings.

Just about everyone in North Beach makes meatballs. Tony’s are the best.

First, let’s translate this: e tutto qua means “it’s all here” in Italian. The pasta is house made.

If you can’t find good pizza in North Beach you’re not really trying. The best is found at Sodini’s Green Valley — one of the old Italian standbys in the neighborhood.

On Fridays I can usually be found here sitting at the bar dipping a big spoon in a bowl of Manhattan (red) clam chowder. Lots of clams and a subtle, yet assertive, slightly thickened tomato broth.

Never mind if it isn’t Friday. I can usually be found here sitting at the bar — period. This North Beach restaurant has a way with soups. Try the minestrone.

I truly believe this is one of our city’s best restaurants. It just happens to be in North Beach.

The important thing to remember is U.S. doesn’t stand for United States. It stands for Unione Sportiva, a loose association of Italian-American athletic clubs that existed in the late 19th century. Where did they eat? At U.S. Restaurant, of course. This restaurant is about as Italian as you can find. And it is excellent.

Balanced handsomely between North Beach and Chinatown is George Chen’s China Live, a food court with counter seating allowing diners to watch their superb Beijing duck being prepared. The place is stunning and a marvelous addition to San Francisco fine dining. In the same building George Chen operates an expensive Chinese specialty restaurant called Eight Tables — yes, it has only eight tables. I haven’t tried it yet so can’t comment.

BEST HOLE IN THE WALL:

When I write “Best Hole in the Wall” I mean that: literally. On the ground floor of a residential building, there’s a hole about five feet horizontally, three-and-a-half feet vertically, and maybe three feet deep: I would guess 20 square feet. That’s it. You order your coffee then perch on one of the mismatched chairs out on the sidewalk. Good for making neighborhood friends.

This old-timer opened in 1942. Good honest drinks and good conversation. Co-owner and bartender Frankie Rossi refers to the joint as the Italian Cheers. Now all we need is a hit TV series to put this saloon on the map. 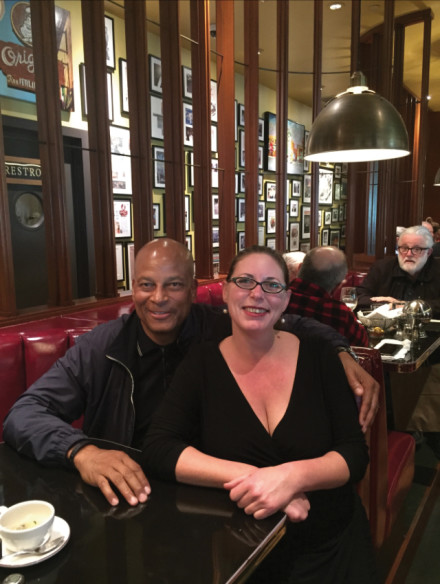 Last year Original Joe’s celebrated its 80th anniversary. I am already planning to celebrate its 100th. North Beach wouldn’t be North Beach without this great establishment.

That’s it until next year.

Editors’ note: These awards are solely the opinion of the author and not those of the Marina Times.