Delehanty says Jackson is unlikely to ever coach again in the NBA photo: Compujeramey
by Steve Hermanos

The hottest sports book of 2013 is Eleven Rings. It is co-written by ex-Bulls and ex-Lakers coach Phil Jackson, and Hugh Delehanty, a former editor for Sports Illustrated and People.

The book is about the 11 NBA championships that Jackson won as a player and a coach. Each chapter begins with a quote — from Buddhist texts, Tom Waits, Thelonious Monk, and other sages not usually seen on the pages of a sports book. Phil Jackson’s main coaching method was to encourage his teams to rise through different stages of group evolution. Sometimes he was more successful than others. But he usually won.

This book is the second big-project collaboration between Phil Jackson and Hugh Delehanty. In 1995 they wrote the basketball book Sacred Hoops. Hugh Delehanty recently moved to San Anselmo (Marin County) with his wife, writer Barbara Graham. 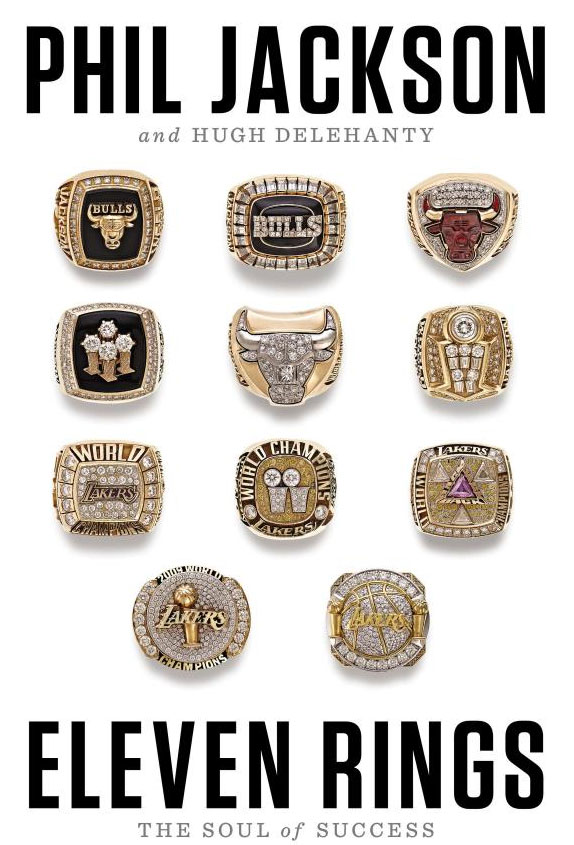 Phil Jackson is “obsessed with competition but not with winning.”

How long have you known Phil Jackson?

Since 1993. A friend was starting Tricycle, the Buddhist magazine. Phil was an early subscriber. The friend asked Phil if he would be interviewed by me.

The interview appeared at a time when Phil wasn’t giving any interviews to the sports world. So the Tricycle interview caused a bit of a stir.

As a co-author, what is your collaboration method?

I do a lot of interviewing with Phil up front. Then I go and talk to his old players and coaches. What they say will inspire new thinking on Phil’s part. Then I’ll go and interview Phil before writing each chapter.

There’s not much “dirt” in Eleven Rings. How do you decide how much to put into the book, or not?

We didn’t want to do a dirt book. It’s not about gossipy stuff. We wanted to focus on leadership and his approach to leadership. We didn’t want to weigh it down with negative grousing. We gave it the tone Phil talks to his players with. At the same time, we didn’t want to ignore certain issues, like the meltdown between Phil and [former Bulls general manager] Jerry Krause, and the players and Jerry Krause.

What makes Phil Jackson so unusual compared to other NBA coaches?

He’s a guy obsessed with competition but not with winning. It’s not about his ego. [Former New York Knicks teammate, and former U.S. Senator] Bill Bradley said of Phil, “He leads from the inside out. Everybody else leads from the outside in.” After a while, with most other coaches, the players tune out. Kobe Bryant told me, “What people don’t get about Phil is the Zen and the basketball are one and the same.”

How into Zen Buddhism is Phil Jackson?

He practices Zen. He says, “There is no such thing as a Zen master. There’s only Zen.”

Are you a Zen Buddhist?

I practice Zen. I’ve been doing meditation since the early ’90s. Being in the moment is what it’s about.

Do you think Phil Jackson will ever coach in the NBA again?

It’s unlikely. He likes his life now. He might if the circumstances are right. You never know about these things. Everyone wants him.

Tweet
Send to a Friend Print
Steve Hermanos is the author of Orange Waves of Giants! The 2012 Championship Season. E-mail: [email protected]