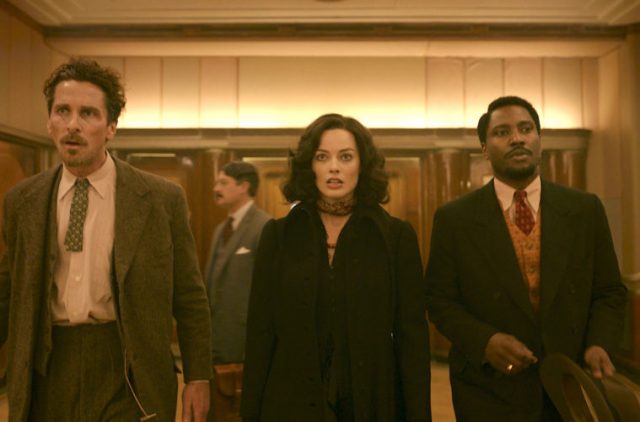 In their latest movie review for L.A. Weekly, critic Michael Atkinson shares his thoughts on Amsterdam, the new David O. Russell film that takes place in the eponymous city. Viewers follow along as veterans Dr. Bert Berendsen (Christian Bale) and Harold Woodman (John David Washington), along with their hospital nurse and budding artiste Valerie Voze (Margot Robbie, as they live through an adventurous weekend.

“The movie Russell has constructed around them is, typically for the writer-director, a hundred things at once, and though it seems to muddle itself at times, with the director’s signature hullaballoo and off-kilter-ensemble vibe, it turns out to be a lovely thing—a nostalgic paean to friendship and selflessness,” writes Atkinson. “‘A lot of this really happened,’ an opening title reads—but not a lot, actually, just this: a non-event known on Wikipedia as the 1933 Business Plot (or, the Wall Street Putsch), in which a retired Marine general had alleged conversations with low-level representatives of Wall Street moneybags with the aim of staging a national coup and creating a Mussolini-style dictatorship, thereby preventing FDR from going nuts raising taxes on the rich and diverting resources to help the poor and jobless. The general testified before Congress to this effect, but everyone else denied knowing anything about it, and the matter was succinctly forgotten.Until now, pertinently enough.”