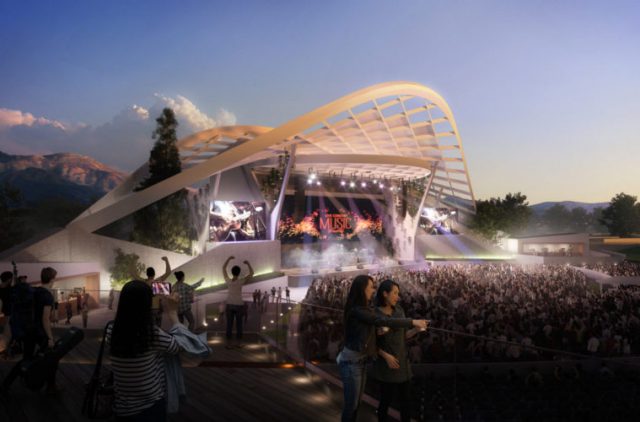 In their latest piece for Irvine Weekly, staff writer Evan J. Lancaster reports on that Orange County Great Park has finalized its plans for an amphitheater in partnership with LiveNation. With plans made for a 2025 opening, both the Irvine City Council and the Great Park Board of Directors have agreed to deal terms with will allow for the creation of the LiveNation Amphitheater. The venue, which will draw design inspiration from iconic venues such as the Hollywood Bowl and Millennium Park Amphitheater in Chicago, will bring a permanent 14,000 seat amphitheater into the Great Park.

“What the agreement contemplates is the city and LiveNation would engage together on a design process,” said Irvine City Manager Oliver Chi in an interview with Lancaster. “After the design we’d asses whether or not the facility can be constructed for an amount commensurate with the economic value that LiveNation will be contributing and paying to the city to operate the facility,” he said. “The city will then construct the facility with the goal of turning it over to LiveNation for them to operate, starting with the 2025 concert season.”