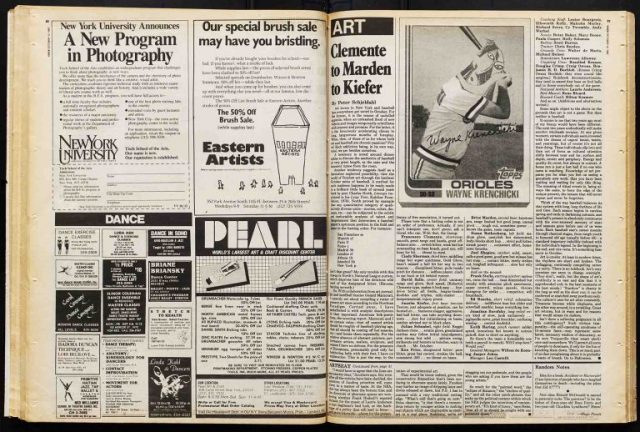 The Village Voice honors Peter Schjeldahl, a former Voice critic who recently passed away. In addition to publishing one of their favorite pieces of his, the current editor for the paper memorializes him fondly.

Village Voice Editor’s note: Though I was a big fan, I never met Peter Schjehldahl in person. We only crossed paths on the pages of the Voice, in the 1990s, with him writing the lead, full-page art review most weeks while I was turning out the occasional Jockbeat article. Some years ago, though, after he’d been the New Yorker’s art critic for decades, we connected through our mutual admiration for, and writings about, the photographer Mark Morrisroe, who died of AIDS in 1989.