The homeless presence is visible across the city.
by John Zipperer

In a geographically small but wealthy city where even some middle-class families are struggling to find housing, addressing the homelessness issue is a challenge. San Francisco has been actively targeting the problem for years, but Mayor Ed Lee and District 2 Supervisor Mark Farrell have placed renewed emphasis on it in recent years as public concern has grown about affordability as well as unpleasant social side effects of many mentally ill homeless in the city.

Over the past 10 years, the number of homeless in San Francisco has been relatively stable, floating between 6,200 and 6,600. There are an additional 800 to 900 homeless youth in the city. However, that does not mean there are more than 7,000 people on the streets at any one time. According to the 2015 San Francisco Point-in-Time Homeless Count & Survey, about 42 percent of the city’s homeless were in shelters of one sort or another, ranging from emergency shelters to transitional housing to jail.

The heaviest concentration of homeless people — in fact, the place you will find the majority of the homeless in the city — is in District 6, with District 10 being a distant second place. But that doesn’t mean there aren’t homeless individuals to be found throughout San Francisco; in the city’s 2015 count, they were found in every single district, from the ocean to the bay and all points in between. 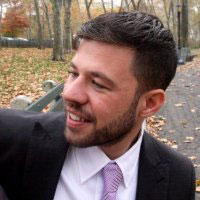 Sam Dodge, who recently took over directing the mayor’s Housing Opportunity, Partnerships and Engagement (HOPE) office after the retirement of Bevan Dufty, is optimistic about the city’s plans, including its new emphasis on the Navigation Center model, in which the needs of homeless people beyond simply overnight shelter are met. For this inaugural edition of the Marina Times’s new Solutions Provider column, in which we highlight people who are addressing vexing problems facing the city, we spoke with Dodge to learn more about the city’s efforts.

What’s the biggest challenge about tackling homelessness in San Francisco?

I think that the general public has gotten frustrated, and there’s some feeling that we don’t know what we’re doing or that we’re not making progress, but that’s not true. So just helping people understand that we’ve got really successful programs and that we can make tremendous difference if we focus on it.

What are the one or two most important tools you have to address homelessness?

Our work on targeting interventions that work for different subpopulations. We’ve had tremendous success with time-limited subsidies … to get people temporary housing. They last two years.

Nationally and locally there’s been this tremendous success in housing veterans who are long-term homeless. Locally, we’ve had great success with the Navigation Center, helping people leave homelessness who were camped on the street. All these add up to a picture of where we see success. For a long time we’ve had great success in our supportive housing in San Francisco, where our retention rates are [quite high] for all populations.

The Navigation Centers are being talked about as a long-sought solution to at least some of the problem. First, why are they needed?

We have people who are out on the street who have been homeless for a very long time, feel very alienated from our mainstream services — shelter and other services. [The Navigation Center can] provide a space that is attractive, is where people are, doesn’t make them make sacrifices of their pets or their partners—they can bring their pets and their partners.

It’s been a great tool for our homeless outreach programs. It’s just filled through homeless outreach. It creates a place where we can bend the system toward their needs. A lot of these people have demonstrated they’ve been out for a long time, and they’re going to continue to be out there unless we [do something].

Why didn’t we have these years ago? Was it a conceptual hurdle or financial or something else?

I think it’s a combination of conceptual and financial hurdles. It’s tremendously helpful to have donations that allowed us to start from scratch, and take best practices we’ve seen around and the instincts we’ve had from working with homeless populations for years, and bring them together.

It’s nice. I’m really proud of this work and of the mayor in trusting us to do that and give us a green light [to] try new things and recognize that you can do better. Part of it is the system and bending the system to be more client-focused instead of department-focused or program-focused.

Do you have plans for more Navigation Centers?

Yes. We’re engaging with a bunch of different configurations and sites and seeing what would be best. We have some more time at our current location. They haven’t gone through the entitlement process — they’re eventually going to build housing on that site. But it’s a dynamic place, so we’re able to house people there and invite new people in.

The important thing is growing the outcomes, not necessarily more buildings.

How will they be paid for?

A donation that came through the San Francisco Interfaith Council, a $3 million donation. The city does a lot of in-kind services, but [it was] largely funded with the donation. The mayor has set aside $3 million in this year’s budget for expansion, so we have that to work with. He also set up a mayor’s fund for Navigation Centers, which allows people interested in this to donate to it.

The statistics for the total number of homeless in San Francisco appear to be fairly steady over the past few years. Is that accurate?

That is correct. Those are point-in-time counts, and the homeless population is very dynamic. The population level has stayed relatively consistent, but it doesn’t mean it’s the same people who have stayed homeless all that time.Our sister cities on the West Coast have seen increases in that same time. Seattle saw a 20 percent increase in the last year. Los Angeles has seen an increase in homeless and in encampments.

I think although it’s not a victory to stay the same, it is better than growing our population.

Many people have claimed that our homeless problem is exacerbated by the tech boom here. But those numbers suggest that’s maybe not true.

I think that the important thing is to look up and recognize this is a national crisis. It’s concentrated in urban centers. Every city has its own dynamics, but it’s not causal. It means some of our local solutions need to be unique, but it also means some of our opportunities [are unique to this city]. Salesforce and Marc Benioff have been some of our biggest supporters. I don’t know the anonymous donors for the Navigation Center, but I wouldn’t be surprised if it was someone in the tech industry. We also have the record budgets here that help fund the solutions.