Standing up for the First Amendment

The Board of Supervisors was wrong to target the ‘Marina Times’ 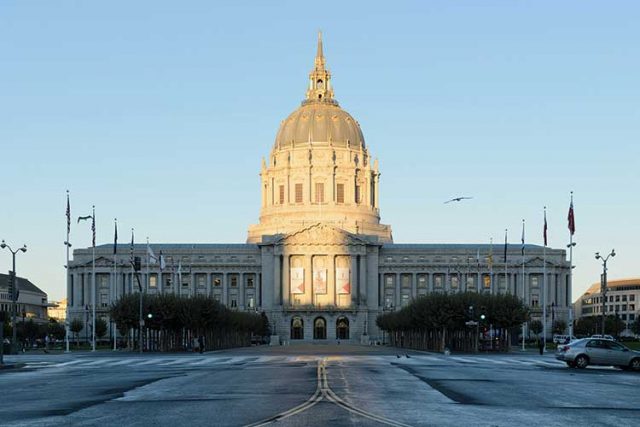 When I became an attorney, and again when I became supervisor, I took an oath to support and defend the Constitution. On Jan. 20, after an arduous four years, our country will finally inaugurate a new president — one who respects his office, his fellow Americans, and, yes, the Constitution. It will be a much-needed change. But even after Donald Trump leaves the White House, Americans must remain laser-focused on protecting the Constitution, because we have learned over these past four years just how fragile it can be.

That’s why, when my colleagues on the Board of Supervisors last month tried to use their power to intimidate the Marina Times, I stood in opposition and stopped them.

For more than two decades, the Board of Supervisors has been required to ensure that all San Franciscans have access to public notices by placing ads in newspapers across our city. In general, this process includes competitive bidding, recommendation by the Office of Contract Administration, and approval by the board. Since 2012, the board has designated the Marina Times a neighborhood outreach periodical, and we were set to renew its advertising contract once again last year.

Despite the fact that this publication received a positive recommendation for contract renewal, seven of my colleagues voted to single out the Marina Times. Not only did my colleagues choose to target the Marina Times based on its editorial content, but the discussion surrounding that decision was extremely troubling to me.

All elected officials have had negative things written about us in the press, even things that we believe are untrue. Choosing to run for office means choosing to open ourselves up to criticism, fair or not. But taking on that responsibility does not mean that we get to become the arbiters of truth, political viewpoints, or journalistic standards, especially in response to critical stories or tweets about us.

That is far outside our prerogative and far afield of the First Amendment. And as we have seen over the past four years of the Trump administration, that is a dangerous place to be as public officials.

Whether or not we agree with what it prints, what its staff writes on Twitter, or what it says about any of us in any format, the Marina Times is a neighborhood publication and its rights must be protected.

After my strenuous objections in early December, the Marina Times’s contract was renewed the following week—unanimously.

I strongly believe that we must do everything we can to protect our local news outlets and promote the First Amendment, especially after the Trump presidency.

The 21st century has seen a remarkable consolidation of local news outlets, which has coincided with the rise of social media platforms acting as gatekeepers to information and the Trump administration’s vicious attacks on the Constitution. Sadly, this has created a media ecosystem that has left too many individuals without access to quality news and too many public servants unaccountable to the people we are supposed to serve.

In the last 15 years, according to a study out of the University of North Carolina at Chapel Hill, a quarter of all U.S. newspapers have died, creating news deserts and harmful information vacuums. This means that at least 1,800 communities that had a local news outlet in 2004 no longer had one at the beginning of 2020.

At the same time, we have seen the development of a pernicious brand of national politics that denigrates reporters and those seeking truth through journalism. It is incumbent on all levels of government to do everything we can to reverse these trends, rather than facilitate them.

The events of 2020, including the city’s response to the Covid-19 pandemic and the ongoing investigations into City Hall corruption, have further reminded us of the critical nature of local journalism, which makes the attempt to stifle the Marina Times all the more troubling.

Residents of the Marina, Cow Hollow, and beyond rely on this paper for news and information about what is happening in San Francisco.

In these pages were some of the first stories about alleged corruption at Public Works and the Public Utilities Commission. Of course this reporting was unflattering to some in local government and politics, but that is the nature of journalism.

So, as we welcome President Joe Biden and Vice President Kamala Harris, let’s also recommit to our shared values, including freedom of speech and freedom of the press.

Those values are truly more important now than ever before, and we can never take them for granted. As always, I am here to help you in the new year and beyond, and I will continue to stand up for responsible and accountable government at all levels.