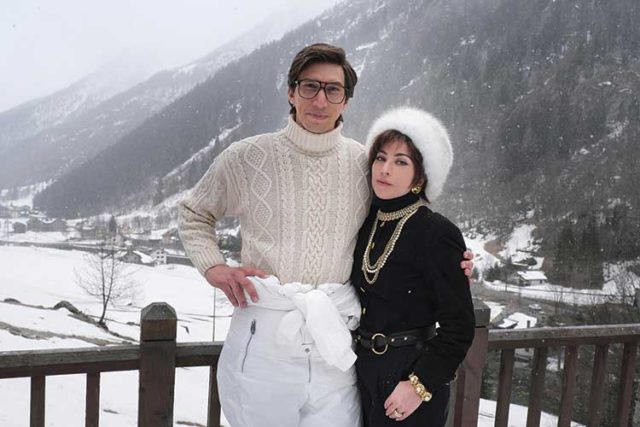 It may seem like every other movie released lately is based on a true story, and that perception is not too far off. Even if the industry has become over reliant on such adaptations, some of the best feature films released over the past few weeks could be labeled docudramas, biopics or, at least, inspired by actual people and events. And all of them are graced by bravura lead performances.

If there were any questions about Stefani “Lady Gaga” Germanotta’s bona fides as an actress, her turn as Patrizia Reggiani in director Ridley Scott’s fascinating and often droll House of Gucci should dispel them. Gaga, the Grammy-decorated singer, songwriter, and musician, earned respect and best actress Oscar, BAFTA, and Golden Globe nominations for her movie debut in the 2018 remake of A Star Is Born, and she should definitely receive some awards season love for her vibrant, complex portrayal of Patrizia.

House of Gucci traces the history of the famed Italian fashion house from the time Patrizia, the working-class daughter of a successful trucking company owner, met reserved business student Maurizio Gucci — one of the potential heirs to the Gucci empire — and seduced by the opulence and glamour, she decides to get hold of as much of it as she can. Patrizia and Maurizio (a quietly calculating Adam Driver) begin a relationship that leads to a tempestuous marriage that embroils the couple in a battle for control of the Gucci brand, long overseen by Maurizio’s stern, tradition-minded father Rodolfo (a cruel Jeremy Irons) and bold, visionary uncle Aldo (a jovially flamboyant Al Pacino). Lurking on the sidelines is Aldo’s somewhat unhinged and perpetually demeaned son Paolo (a stunningly unrecognizable Jared Leto). Although its rather lengthy depiction of real-life family conflict, scandal, and criminal machinations can veer toward melodrama and farce, House of Gucci is graced by a slyly witty script and Scott’s confident direction. It also offers the joy of watching Gaga go toe to toe with the cast’s wealth of great actors, including Salma Hayek as a TV fortune teller who gains Patrizia’s trust.

Determined almost to the point of obsession, Richard Williams pushed his young daughters Venus and Serena to strive for greatness, and they grew up to become history-making tennis champions. Featuring Will Smith’s appropriately dominant characterization of Williams, King Richard is an unfussy, even-handed look at a flawed but canny man as he rises above economic hardship in his rough and tumble Southern California hometown of Compton and ignores the naysayers to give athletically gifted sisters Venus and Serena a chance to realize the potential he sees in them. Williams fathered five children with his first wife, but King Richard — directed in a straightforward manner by Reinaldo Marcus Green — suggests the man’s devotion to his second family while making it clear that his number-one priority is the well-being of his budding tennis phenoms. That drive to achieve Williams’s master plan for the sisters is at the heart of Smith’s performance in King Richard, and it seems to be reflected in the willing sacrifices endured by their mother, Williams’s second wife Brandy (Aunjanue Ellis), and by the camaraderie between the girls and their three stepsisters. Although you may question Williams’s motives and methods after watching King Richard, it leaves little doubt that he fostered the unprecedented, barrier-breaking, record-setting success of two Black sisters in what was always thought of as a sport for the white and well-to-do.

Andrew Garfield (The Eyes of Tammy Faye, The Social Network) is typically impressive as the lead actor in Tick, Tick … Boom! — and he’s a downright revelation as a singer in this movie version of the on-stage biographical musical revue by the late Jonathan Larson. In case the name doesn’t resonate, Larson created the innovative, long-running, and socially potent Broadway sensation Rent, which brought a blend of rock and confessional pop to new heights on the Great White Way.

Tick, Tick … Boom! tells the story of composer Larson’s struggle to break into musical theater production while living the Bohemian lifestyle he’d go on to portray in Rent. It’s about his struggle to realize his dream of Broadway success, and his relationships with his girlfriend, Susan, his best buddy since childhood; his mentors; his recalcitrant agent; and various arty companions and diner coworkers at the renowned lower Manhattan eatery the Moondance Diner. One production number snowballs into a jubilant who’s who of Broadway living legends, illustrating how much they all revered Larson and respect the film’s director, Lin-Manuel Miranda. Yes, that Lin-Manuel Miranda, who does a fine job of making this mix of theater piece and dramatic recreation hang together. Larson’s struggle, beautifully realized by Garfield, is engaging and quite moving, and the songs are lovely, whimsical, or both. As a bonus, there’s a wonderful cast of singing actors including Vanessa Hudgens as an up-and-coming theater kid, Alexandra Shipp as Susan, Judith Light as Larson’s agent, and Bradley Whitford as Stephen Sondheim. Losing Larson too soon was a tragedy, yet the evergreen Rent and Tick, Tick … Boom! guarantee that his art endures.

Rather than another boilerplate biographical project about a dearly departed darling of the tabloids, Spencer presumes how things might have played out for the Princess of Wales, formerly Lady Diana Spencer, during a few days at Christmas in 1991 as her marriage to Prince Charles, England’s heir to the throne, was on its last legs. With the media going bonkers in search of dirt on the royals and Diana in particular, she must put on a brave face for her two sons when the Windsor clan gathers at Queen Elizabeth’s Sandringham Estate and makes a few holiday-mandated public appearances.

Taking on the majority of screen time, Kristen Stewart plays the troubled princess and does the richest and the most nuanced work of her career so far. Stewart may not be a dead ringer, but she’s so good at depicting Diana’s emotional turmoil and her grace in the face of abuse that ranges from passive-aggressive to downright aggressive — the plight of the caged bird — that you buy her as the woman.

Elevated by Stewart, Spencer is a worthy addition to the wealth of narratives about this aristocratic soap-opera-turned-tragedy. It also doesn’t hurt that three superb players from Britian provide support: Timothy Spall as estate manager Major Alistar Gregory, Sean Harris as the estate’s head chef, and Sally Hawkins as Diana’s maid and confidante. Spencer was made by Pablo Larrain, the politically astute Chilean filmmaker whose résumé includes Jackie, the powerful dramatic evocation of a brief period in Jacqueline Kennedy’s turbulent life, so he’s clearly in his element with his portrait of another celebrated woman trying to weather a high-profile crisis.