Theater Review: ‘What Kind of Woman’ 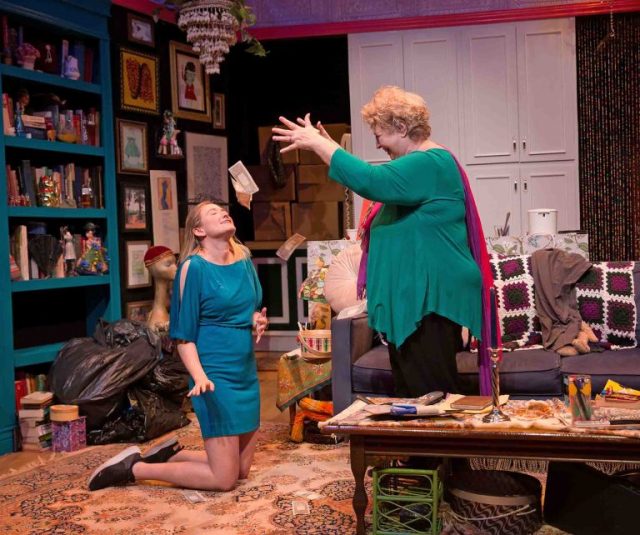 In their latest piece for the Village Voice, writer Elizabeth Zimmer reviews NYC theater scene newcomer: What Kind Of Women. A play by Abbe Tanenbaum, it has been at the top of Zimmer’s must-see list for what she describes as two reasons: “It represented itself as concerned with the subject of abortion as confronted by women before Roe v. Wade, an issue very close to my heart as I was one of them, and it was being performed in a tiny townhouse theater, on West 23rd Street, that I can see from my bedroom window.” The show, directed by Kira Simring, is set in 2013 and features Anne, a young personal organizer and actress, and Nora, a senior citizen who hires Anne to straighten up her tiny Chelsea apartment.

“In development since 2016, Tanenbaum’s carefully crafted play has been workshopped in Ireland, Iceland, and several American cities, as well as in the digital universe,” writes Zimmer. “The 20 heart-rending letters that inspired it, sent to a New York City nonprofit health clinic more than 50 years ago by desperate girls and women from across the country, are on display in the Cell’s upstairs gallery, but in the production itself they are, wisely, merely prompts for an important conversation, made more crucial by last June’s Supreme Court decision upending Roe v. Wade. The letters are projected onto the walls above and alongside the tiny stage, but the action on the floor focuses entirely, and with great success, on the friendship of the two women that grows during the purging process. Subtle, alert, and psychologically astute, What Kind of Woman explores how people, and their minds, grow and change.”