Why the GOP is a Threat to America: Tim Miller Speaks 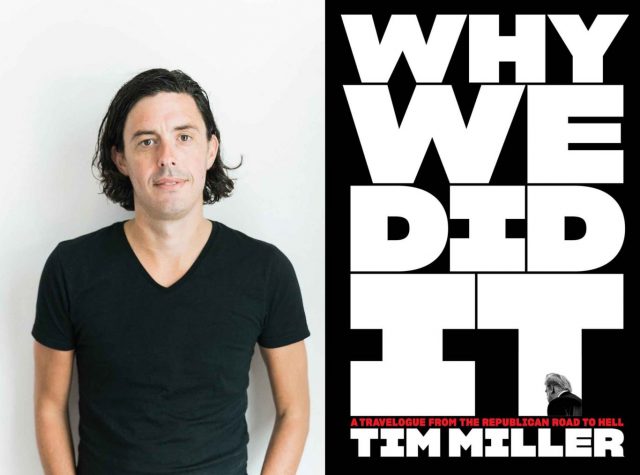 In their latest piece for the Village Voice, staff writer Frank Pizzoli interviews Tim Miller, the former communications director for Jeb Bush’s 2016 presidential campaign and spokesman for the Republican National Committee (RNC) during Mitt Romney’s 2012 campaign, and current MSNBC political analyst, writer-at-large at The Bulwark, and host of Snapchat’s Not My Party. Pizzoli’s article is part of the Village Voice’s ongoing series At 250, Who Will America Be?, which reports on threats to American democracy as we approach the nation’s Semiquincentennial, on July 4, 2026.

“An Independent voter, Miller lives in Oakland, California, with his husband, Tyler, and their daughter,” writes Pizzoli. “His new book, Why We Did It: A Travelogue from the Republican Road to Hell, is an autopsy on why so many “normal” people went along with the Trumpist excesses that now threaten our democratic system.”