The For-Site Foundation, which presents “art about place,” and brought us @Large: Ai Weiwei on Alcatraz exhibition last year, is at it again. Now it has chosen the abandoned bunkers and military buildings in the Presidio for its newest exhibition, Home Land Security, in collaboration with the National Park Service, the Golden Gate National Parks Conservancy, and the Presidio Trust.

The 18 diverse artists from around the world, using equally diverse media, explore the human dimension in relation to the universal themes of home, safety, and defense in today’s unstable world of fear, distrust, and exclusion. Here is a sampling:

A chain-link fencing motif was created by United States artist Liza Lou, who meticulously arranged tiny, hollow glass beads in Conditions of Capture … the Vietnamese team The Propeller Group created the visually stunning AK-47 vs M16, which depicts two colliding bullets suspended in ballistics gel in a sculpture-like freeze frame … in Polish artist Krzysztof Wodiczko’s Veterans’ Flame, a memorial to the trauma suffered by soldiers who survived and those who did not in Iraq, a flame hovers on the screen while the voice of an Iraq/Afghanistan war veteran recounts his personal war story … in her Refugee Street Studio project, South African artist Alexia Webster set up a mobile portrait gallery in refugee camps around the world to create moving color photographs against colorful backgrounds depicting families uprooted by violence … in Encirclement, Swedish-American artist Michele Pred used thousands of sharp and combustible items confiscated from travelers by the Transportation Security Administration at San Francisco International Airport to depict how lives were changed by 9/11 and how these seemingly mundane personal items could be viewed as a threat.

“Placing art that examines the human cost of security inside a gun battery or missile collapses the distance between target and source,” says Cheryl Haines, curator and executive director of the For-Site Foundation. The installation becomes more impactful while also inspiring those to think about historic places.

The Nike Administration Building houses the Exhibition Visitor Center in addition to several installations, and others are housed in the nearby Battery Godfrey, Battery Boutelle, and Battery Marcus Miller, and Fort Scott Chapel. 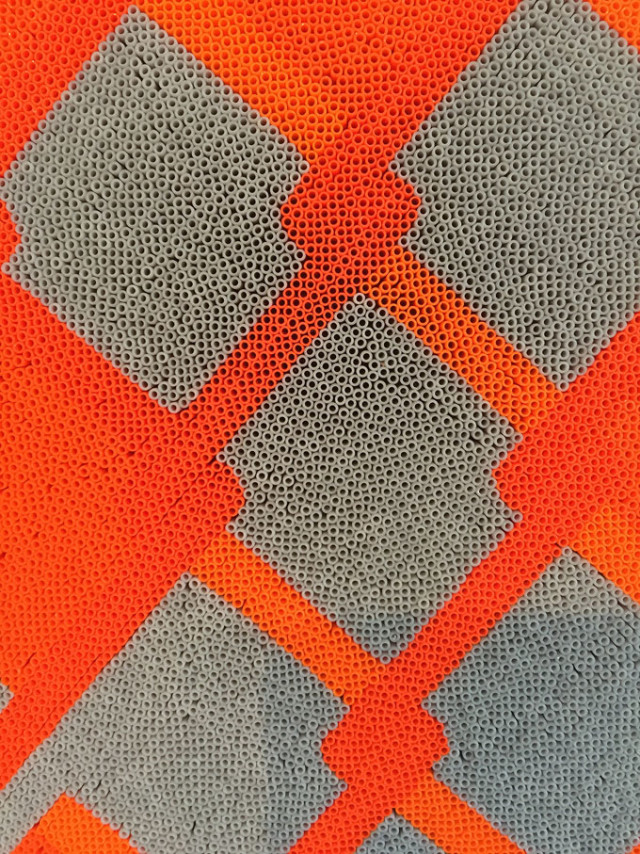