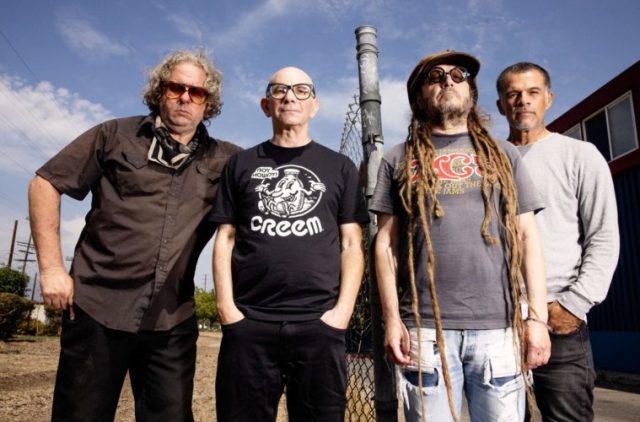 L.A. Weekly Music Editor Brett Callwood covers the Circle Jerks’ hotly anticipated reunion tour and sits down with band co-founder Keith Morris for a chat about how one of the greatest punk screamers went from “never again” to “ready to rock.” The elusive artist is a cornerstone of the hardcore punk scene both past and present, hailed for his craft as not only a founding vocalist of the Circle Jerks, but of Black Flag as well. Known for their hardcore punk albums – like their 80s release Group Sex – fans of the Circle Jerks regard them as being one of the best live hardcore bands to grace the stage. However, despite their success, the band found themselves at a crossroads with each other that ended in an indefinite hiatus and Morris vowing to never tour with the band again. “But time is a great healer, and when Morris was approached about a Circle Jerks tour in 2019, he had softened. Older and wiser, the man could see the sense in the plan,” writes Callwood, post Morris breakfast date.