The meaning behind Mother’s Day cards and flowers

Mother’s Day is a rare holiday that is celebrated worldwide but was begun here in the United States. Almost uniquely, it is a major American holiday creation that does not involve overeating or exploding things. How did that happen?

Its roots are intertwined with the women’s peace movement and the growing political role of women in the late 19th century.

The holiday as we know it today started, appropriately, with a woman who wanted to honor her mother. Anna Jarvis’s mother, Ann Reeves Jarvis, was certainly someone deserving of special attention: she had founded clubs in five different cities to offer food, clothing, and medical help to Civil War soldiers on both sides of the conflict.

According to the National Women’s History Project, “The younger Anna Jarvis was only 12 years old in 1878 when she listened to her mother teach a Sunday school lesson on mothers in the Bible. ‘I hope and pray that someone, sometime will found a memorial mother’s day,’ the senior Jarvis said. ‘There are many days for men, but none for mothers.'”

Ann Jarvis died in 1905, and a couple years later, on May 12, her daughter Anna held a memorial service, which she afterward campaigned successfully to turn into a national holiday.

One could be mischievous and argue that we’re basically celebrating Anna Jarvis’ mother’s day, which is made even more suspect by Anna’s determination that it be called “Mother’s Day” and not “Mothers Day” or even “Mothers’ Day” — she wanted the single possessive. A kind interpretation is that she wanted each person to commemorate it as a day for that person’s own mother; an unkind interpretation is that Anna was a megalomaniac who wanted us all to worship her mom.

Let’s be kind, because at least the U.S. Government agreed with Anna when in 1914 it became an official federal holiday — single possessive and all. The official proclamation signed by President Woodrow Wilson calls for the recognition of the day “as a public expression of our love and reverence for the mothers of our country.”

And this is the version of the holiday that has come down to us and that is celebrated on the second Sunday of every May. It is a time for cards, gifts, and maybe taking mom out for lunch at her favorite restaurant or having her over for a meal she doesn’t have to cook herself. Most of all, it is a time to let this amazing woman who raised you, put up with your childhood brattiness and your teenage mood swings, know that her special role in your life is not forgotten.

Jarvis, however, soon became disillusioned with her brainchild’s commercial success. “Her version of the day involved wearing a white carnation as a badge and visiting one’s mother or attending church services,” according to History.com. “But once Mother’s Day became a national holiday, it was not long before florists, card companies, and other merchants capitalized on its popularity.”

She became increasingly vocal in her criticism of the floral companies and others she saw as taking her pure holiday and turning it into something else, and by 1948, History.com tells us, she had turned her back on the holiday altogether and wanted it removed from the official list of national holidays.

Katharine Antolini, a history lecturer at West Virginia Wesleyan College, studied Jarvis and her work on the holiday, and she told National Geographic New’s Brian Handwerk that Jarvis, “who died penniless in a sanitarium in a state of dementia, was a woman who could have profited from Mother’s Day if she wanted to. But she railed against those who did, and it cost her everything, financially

There were holidays honoring mothers predating Anna Jarvis’ efforts. In the early 1870s, suffragette and anti-slavery campaigner Julia Ward Howe called for a day in June to be a mother-centric day of peace. Or we can go back much further to the Greeks and Romans who held festivals to honor mother goddesses Cybele and Rhea. Some Europeans used to celebrate a Mothering Sunday — at first, a church-related holiday that became secularized and focused on children honoring their mothers with gifts and flowers, which is not too unlike our current holiday, however much it might gall Jarvis’ memory.

Mother’s Day is celebrated in more than 100 countries and on many different days, which comes in handy if you forgot to recognize your own mother on the second Sunday of May. If, for example, you are of Polish ancestry, you’re in luck! Poland celebrates “Dzień Matki” on May 26, and I’m sure your mother will appreciate the old-world touch. But if you are Norwegian, then you had better buy a really big box of chocolates and a card that plays her favorite pop song when it’s opened, because Norway honored its mothers three months ago. 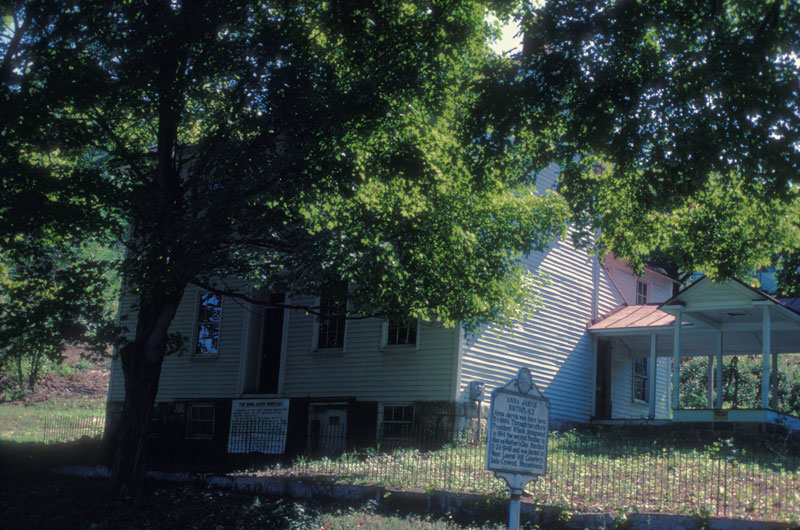