Stop and sip for a spell at The Interval

Brain food and belly food can be found at The Interval photos: long now foundation / patricia chang
by Julie Mitchell

In a city well known for its free thinkers, it comes as no surprise that the Long Now Foundation, a nonprofit devoted to promoting long-term thinking measured in centuries, not minutes, is housed at Fort Mason right next door to Greens. Its name was coined by one of its founders, Brian Eno, to help redefine what people typically consider the “here and now.” Some of its more visible projects include a mechanical 10,000-year clock comprised of a specially designed gear that has precision equal to one day in 20,000 years that self corrects, and a hand-selected library that includes the Rosetta Disk among other unique tomes.

The space also houses The Interval, a venue that is equal parts library, museum, bar, and cafe. The clock, floor-to-ceiling library, and the Orrery — a display featuring all the planets visible from earth with an unaided eye — are prominently displayed, but The Interval’s main focus is its bar and small scattering of tables.

Beverage and bar director Jennifer Colliau has created a truly eclectic menu featuring cocktails from around the world, low- and no-alcohol drinks, a full tea service by Samovar, and Sightglass coffee. It starts with some of the earliest-known drinks, such as the Tom Collins, first written about in 1867, and continues on to cocktail-specific pages including the daiquiris of “Floridita,” an entire martini menu, temperate and tee-totaling drinks, morning cocktails, and wine, beer, coffee, tea, and tisanes. Prices range from $8–$12 for alcoholic beverages and $4–$6 for coffee and tea. The most expensive item on the drinks menus is a bottle of rosé from France at $15.

Each cocktail is described not only in terms of ingredients but also its history. For example, the Vesper with gin, vodka, and Cocchi aperitif, shaken and served up with a lemon twist, was named for Vesper Lynd in Ian Fleming’s debut novel, Casino Royale (James Bond fans, rejoice). Brooklyn variations feature different twists on the Manhattan, dating back to 1908 when New York bartenders started tinkering with the traditional rye-vermouth-liqueur-bitter formula. Temperate drinks include a strawberry-Meyer lemon shrub with sparking water, and lemonade made with fresh lemon, almond syrup, and sparkling water.

The Interval is a place to sip and nibble, converse and contemplate. The Long Now Foundation plans to use the space for receptions and other small events and activities. The organization is actively seeking donations. 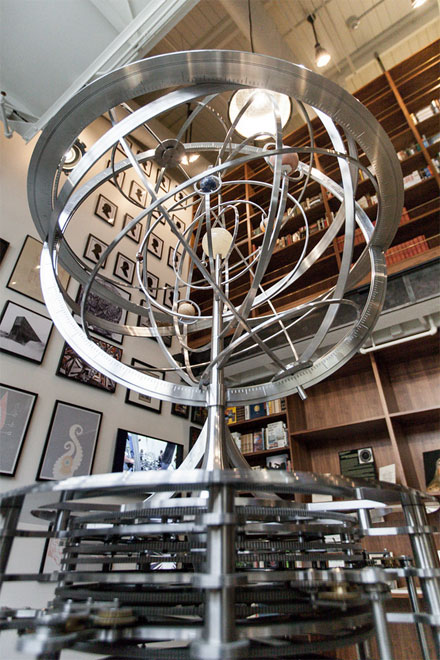