The Best of Books

1. Make Your Moment: The Savvy Woman’s Communication Playbook for Getting the Success You Want, by Dion Lim (hardcover)

3. Conversations with Friends: A Novel, by Sally Rooney (paperback)

4. Where the Crawdad Sings, by Delia Owens (hardcover)

5. A Gentleman in Moscow: A Novel, by Amor Towles (paperback)

7. Catch and Kill: Lies, Spies, and a Conspiracy to Protect Predators, by Ronan Farrow (hardcover)

9. The Underground Railroad: A Novel, by Colson Whitehead (paperback)

10. What You Do is Who You Are: How to Create Your Business Culture, by Ben Horowitz (hardcover) 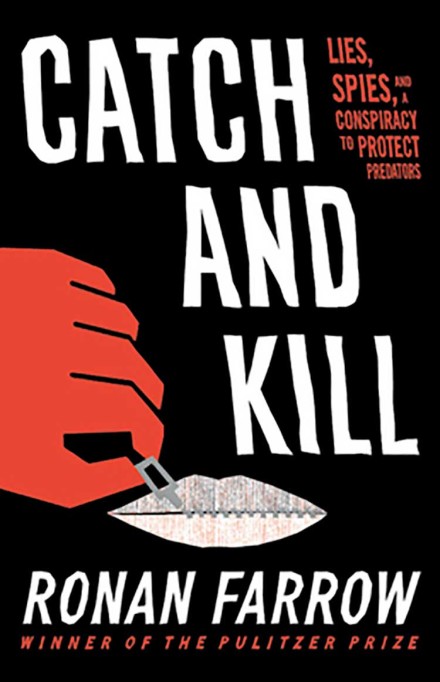 Children of Virtue and Vengeance, by Tomy Adey (Dec. 3): After battling the impossible, Zélie and Amari have finally succeeded in bringing magic back to the land of Orïsha. But the ritual was more powerful than they could have imagined, reigniting the powers of not only the maji, but of nobles with magic ancestry, too. Now, Zélie struggles to unite the maji in an Orïsha where the enemy is just as powerful as they are. But when the monarchy and military unite to keep control of Orïsha, Zélie must fight to secure Amari’s right to the throne and protect the new maji from the monarchy’s wrath. With civil war looming on the horizon, Zélie finds herself at a breaking point: She must discover a way to bring the kingdom together or watch as Orïsha tears itself apart. This book is the stunning sequel to Tomi Adeyemi’s New York Times best-selling debut Children of Blood and Bone, the first book in the Legacy of Orïsha trilogy.

The Mueller Report Illustrated: The Obstruction Investigation, by The Washington Post (Dec. 3): Written and designed by the staff of The Washington Post and illustrated by artist Jan Feindt, this book brings to life the findings of special counsel Robert S. Mueller III in an engaging and illuminating presentation. When the report was released on April 18, 2019, it laid out two major conclusions: that Russia’s interference in the 2016 presidential election had been “sweeping and systematic” and that the evidence did not establish that Trump or his campaign had conspired with the Kremlin. The special counsel left one significant question unanswered: whether the president broke the law by trying to block the probe. However, Mueller unspooled a dramatic narrative of an angry and anxious president trying to control the criminal investigation, even after he knew he was under scrutiny. Deep inside the 448-page report is a fly-on-the-wall account of the inner workings of the White House, remarkable in detail and drama. With dialogue taken directly from the report, The Mueller Report Illustrated is a vivid, factually rigorous narrative of a crucial period in Trump’s presidency that remains relevant to the turbulent events of today.

Measure of Our Lives: A Gathering of Wisdom, by Toni Morrison (Dec. 3): This inspirational book juxtaposes quotations, one to a page, drawn from Morrison’s entire body of work to tell a story of self-actualization. It aims to evoke the totality of Toni Morrison’s literary vision. Its compelling sequence of flashes of revelation — stunning for their linguistic originality, keenness of psychological observation, and philosophical profundity — addresses issues of abiding interest in Morrison’s work: the reach of language for the ineffable; transcendence through imagination; the self and its discontents; the vicissitudes of love; the whirligig of memory; the singular power of women; the original American sin of slavery; the bankruptcy of racial oppression; the complex humanity and art of black people. The Measure of Our Lives brims with elegance of style and mind and moral authority.

Dog Man: Fetch-22 (Book 8), by Dav Pilkey (Dec. 10): Petey the Cat is out of jail, and he has a brand-new lease on life. While Petey’s reevaluated what matters most, Li’l Petey is struggling to find the good in the world. Can Petey and Dog Man stop fighting like cats and dogs long enough to put their paws together and work as a team? They need each other now more than ever — Li’l Petey (and the world) is counting on them! Dav Pilkey’s wildly popular Dog Man series appeals to readers of all ages and explores universally positive themes, including empathy, kindness, persistence, and the importance of being true to one’s self.