The evolution of San Francisco newspapers from 1846 until today, Part 3

Correction: Before launching into Part 3 of this series, let me correct an error in Part 2. Harry Rabin, a San Francisco City Guide called it to my attention. I confused Commodore John D. Sloat with Capt. John B. Montgomery. Montgomery raised the flag in what was to become Portsmouth Square. — E.B.

The newspaper scene in San Francisco be-came really interesting when William Randolph Hearst came to town to take over the Examiner. Competition was fierce. Here’s how the newspaper wars played out.

William Randolph Hearst, an only child, was a wayward student, and was expelled from Harvard for sending engraved silver chamber pots to his professors. He landed a job as a reporter on the New York World. Then in 1877 when he was 23, his father gave him a birthday present, the San Francisco Examiner. Not a bad present for a 23-year-old kid. Hearst plunged into the Examiner like a kid into a swimming hole. He was inspired by the journalism style he saw at Joseph Pulitzer’s New York World — personal, vindictive, frequently lurid, and above all, powerful. He began hiring the best journalists he could find, among them Samuel Langhorne Clemens, Ambrose Bierce, Stephen Hart Crane, Richard Harding Davis, and even Jack London. A fierce competitor, Hearst was the inspiration for the Orson Welles classic film, Citizen Kane, which Hearst had tried to stop.

“WR,” as he was called in staff memos, built a formidable publishing empire. At its peak, there were 28 newspapers, 18 magazines, and several radio stations and movie companies. Hearst was known for showmanship and style that incorporated an iron hand in a not-necessarily velvet glove. In a book of reminiscences, Skyline, journalist biographer Gene Fowler said, “William Randolph Hearst was the kind of man who would call upon the north wind to snuff out a candle.”

Hearst died Aug. 14, 1951 at age 88 in the Beverly Hills home he shared with his mistress, actress Marion Davies.

From 1923 to 1926, there were six daily newspapers in San Francisco — the Chronicle, Call, News, Examiner, Bulletin, and Daily Illustrated Herald. It was a great newspaper town with fierce competition among their staffs. In 1926 the Daily Illustrated Herald, which had been a venture of New York society figure Cornelius Vanderbilt Jr., dropped out. Vanderbilt had attempted to sell a daily, one-penny tabloid, but it didn’t work. In 1929 the Bulletin, whose editor was the highly regarded Fremont Older, was purchased by Hearst and merged with the Call. Older, under the Hearst banner, continued his fearless, muckraking style of journalism. From 1934 until the early 1950s, there were four daily newspapers in San Francisco — Call-Bulletin, News, Examiner, and the Chronicle.

Meanwhile, the strong morning papers — the Chronicle and the Examiner — were slugging it out for circulation. The Chronicle under Paul C. Smith was emphasizing international news and opinion. When the U.S. entered World War II, high-profile Smith received a commission as a Navy lieutenant commander. He resigned the commission and enlisted in the Marine Corps as a private, was later recommissioned as a Marine second lieutenant and saw considerable combat in the Pacific. When he returned to the Chronicle at war’s end he loaded the paper’s editorial staff with former Marines. Copyboys came from Harvard, Yale, Brown, and Stanford and were on a fast track to becoming big-time reporters and editors. Some of them did and became known to those on other San Francisco newspapers as “Smith’s Whiz Kids.” The Chronicle was solidly (some said boringly) “responsible and Republican” but bitter circulation rivalry with the Examiner eventually did Smith in with the ownership — de Young heirs — and he left in December 1952.

The Scott Newhall era at the Chronicle was a wild one. Newhall, who followed Smith as editor, set out to bury the Examiner. The Chronicle became audacious and pugnacious — sometimes even ridiculous. A major front-page story complained about the coffee served in San Francisco restaurants. “A Great City Forced to Drink Swill” trumpeted the big, bold headline. Herb Caen, who in 1950 had defected to the Examiner, returned to the Chronicle in 1958, and brought many loyal readers back into the Chronicle fold. Top columnists abounded. Art Hoppe wrote short satirical columns on politics, government and readers he termed “just plain folks.” Charles McCabe wrote idiosyncratic, highly opinionated columns under the heading The Fearless Spectator. And there was Stanton Delaplane and his punchy, carefully crafted sentences. When the Examiner began a personal advice column by Ann Landers, Newhall engaged her twin sister and called her Abigail Van Buren. She became Dear Abby. Although Newhall filled the Chronicle with highly entertaining copy, he was also quick to lead the paper into dissent against the Vietnam War. 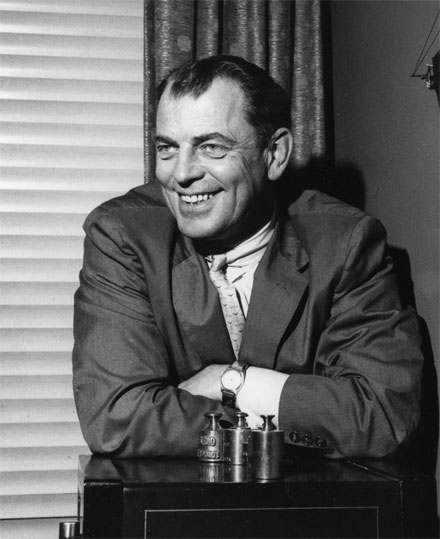 Scott Newhall, editor of the Chronicle, in his San Francisco office in 1968 (courtesy tony newhall)

NEWSPAPERS AND THE INTERNET

At the same time, the Chronicle was reaching out greedily to the suburbs for circulation. The paper was on the doorsteps of suburban households (many had members working in San Francisco) first thing in the morning. And, there was Herb Caen telling them how they should feel about “their” city. It worked, and the Chronicle took off and never looked back until it was purchased by — you guessed it — the cash-heavy Hearst Corporation in 1999. When Hearst took over the Chronicle, the Examiner was sold to the prominent San Francisco Fang family. And it began publishing a bright afternoon paper in November 2000. It’s still around but under different ownership. It is Hearst’s overwhelming Chronicle that falls with a dominant thud on San Francisco doorsteps these days. But, as we know, all is not well with the Chronicle — or for that matter, newspapers in general in these Internet times we all love and a few love to hate.

Meanwhile, special interest publications are rolling along here in the wake of the Chronicle. The Gazette purports to address itself to Society with a capital S. There are also single-focus publications for a gay and lesbian readership, for the legal profession, for maritime interests, and so forth. Neighborhood publications like the Marina Times — now celebrating its 29th year — are active and some are thriving in spite of the Internet. Latinos, Afro-Americans are well represented, and there are Chinese, Japanese, Russian, Irish, French, German, Korean, Filipino, and Jewish publications, not to mention in Northern California satellite communities. All of this comprises a rich mix for San Francisco, and it has since the early days of the City. 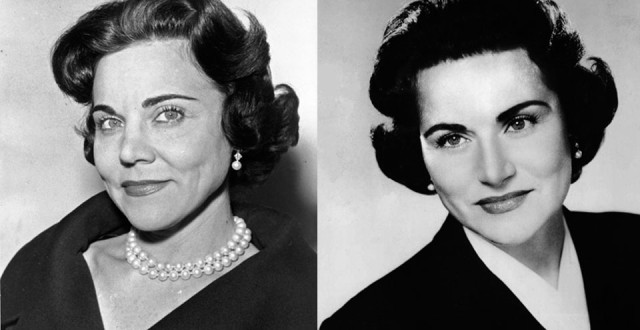