Travel back to Soviet times to get the inside story on their hockey greatness. Poster: © sony classics
by Michael Snyder

One is about the founding of the modern women’s movement for liberation and equality; one concerns the historically successful Red Army hockey team; and one investigates the painstaking process of creating a dance for the New York City Ballet. They are among the notable documentary movies being released in local theaters this month — and I’m happy to tout them.

A well-made documentary is like an engaging, informative lecture crossed with an exciting narrative. You learn something new, even as a tale is told, and sometimes, you’re given a new perspective on an issue, a piece of history, a life or lives, renowned or otherwise. Each of the following documentaries achieves those ends to varying degrees.

Covering a period that lasts from around 1966 to 1971 but resonating far beyond that time, this view of significant parties who sparked and shepherded the women’s movement in its formative years is a sleek and vibrant affair. Director Mary Dore mostly uses the actual voices and images of over two dozen women who played a significant part in the movement. Dore mixes archival and contemporary material to paint a vivid, entertaining, and occasionally witty picture of feminism’s roots and cultivation in the latter half of the 20th century. There are a few minor reenactments here and there, but they’re negligible.

Throughout its 92-minute length, She’s Beautiful When She’s Angry addresses the diversity of womanhood and the movement’s various schools of thought, as well as its controversies and infighting. It’s the story of a battle that continues today on many fronts: one for gender equality in society as a whole, and more specifically, in the home, the workplace, the halls of education, culture, and the arts. As for the title, any anger depicted is of the righteous brand, and the dedication of the participants is quite beautiful in its determination and passion. 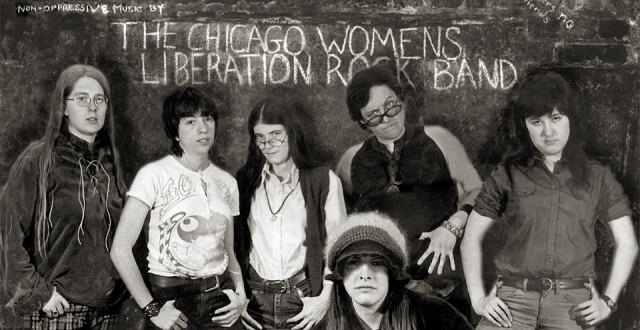 A genuinely thrilling documentary at the nexus of sports and politics, filmmaker Gabe Polsky’s look at the legendary championship Soviet Union hockey team, Red Army, goes beyond the usual sporty clichés, largely because of the significance of its subject as a cultural weapon in the Cold War during the 1970s and 1980s.

By focusing on the life and times of the team’s highly decorated captain and hero of Soviet hockey, Slava Fetisov, Polsky gets a firsthand look at the harsh and relentless workings of the Soviet Union’s intertwined sports and propaganda machines. Fetisov’s initial reticence about revealing much about the past eventually dissipates, and then … the anecdotes come as quickly as a fast break and as devastatingly as an on-target slap shot. We get everything from background on the team’s origins to the brutality of Fetisov’s upbringing and the perils of Red Army’s training camp to the Russian perspective on the USA’s “Miracle on Ice” victory over the USSR team in the 1980 Winter Olympics. And there’s also an elegy for the magnificence of the Red Army hockey dynasty — undone by the dissolution of the USSR and its players’ exodus to the NHL in North America. To summarize, Red Army — the movie — scores big.

Director-cinematographer Jody Lee Lipes provides an up-close peek at the painstaking assembly and execution of a single dance created and choreographed for the world-renowned New York City Ballet in Ballet 422. In the process, we watch the progress of Justin Peck, the young choreographer commissioned to fashion a new ballet for the company’s 2013 winter season. Peck must gather the talent he needs and foster a successful collaboration with his chosen troupe of dancers, musicians, designers, and techies to make Paz de la Jolla, the 422nd new ballet at NYCB, a reality, let alone a triumph. The documentary falters in its failure to give the viewer much, if anything, on Peck’s training, his personal life, and the motivations behind his dance, and we get nothing concrete about the critical and audience response to the piece. Still, Ballet 422 does offer rare backstage access to the insular, step-by-step process of producing an original work at the NYCB.

Tweet
Send to a Friend Print
Michael Snyder is a print and broadcast journalist who covers pop culture on KPFK/Pacifica Radio's David Feldman Show and Thom Hartmann Show and on Michael Snyder's Culture Blast, available online at GABnet.net and YouTube. You can follow Michael on Twitter: @cultureblaster