Thanks, but no pranks 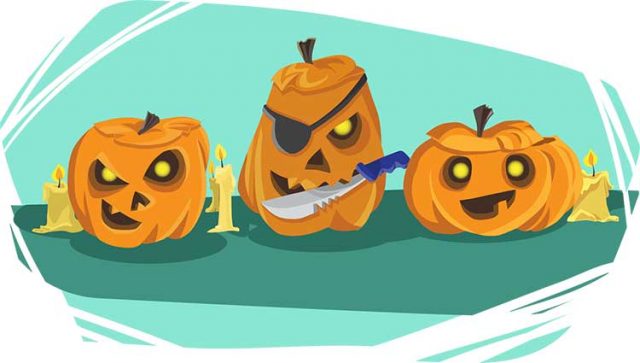 The phrase, “a cruel joke,” always comes to mind when I think of pranks. And I generally think of pranks every October—specifically on the evening of October 30. That’s the night when tricks become the treat for certain ne’er-do-wells in various parts of the country. It’s ostensibly a time for cheerful misbehavior, although the damage could get pretty intense in at least one urban area.

This October 30 madness after dark was known as “Mischief Night” in Philadelphia when I was growing up there. My friends and I would sneak out of our homes with rolls of toilet paper and bars of soap to visit a bit of chicanery upon our neighborhood. We usually targeted local cranks and snoots, soaping up their car windows and draping toilet paper over their hedges, trees, and bushes. Standard prankster behavior.

I suppose you could call it good, clean fun, especially since soap was involved. Come to think of it, genuine hygienic considerations were in play when it came to the classic flaming-bag-of-dog-poop-on-the-front-porch gag, something we shunned since it could result in a gag of a different sort. Rest assured that we did our best to not get caught for fear of punishment—although it was highly unlikely that our parents would break out the paddle, even if prank does rhyme with spank. There was a greater threat: No kid wants to get grounded for the grand night of Halloween itself or for the rest of the winter holiday season.

DEVILS ON THE LOOSE

Meanwhile, the date of October 30 became associated with a far more unpleasant, even dangerous experience in Detroit, Michigan for four decades. It was called Devil’s Night—a harrowing name that makes Mischief Night seem tame and frivolous by comparison—and was devoted to an annual wave of vandalism and arson that brought chaos to Detroit from the 1960s until the 1990s when the city cracked down and ended the wanton destruction. I mean, fun’s fun, but Devil’s Night in Detroit went far beyond trashing property. It was putting people’s lives at risk.

This brings us to the question of morality in the matter of pranks. As arbiters of where the toilet paper was festooned and what windows got the Ivory treatment, my gang of fellow scamps made certain that the “victims” on our block deserved their fates. (The names have been changed for legal reasons, since I’m not sure about the statute of limitations for monkeyshines.) Mr. Carson wouldn’t let us play stickball on the street in front of his house. Ronny “The Crusher” Moore, who lived on the corner, was a bully in our junior high class, did his best to torment us, and never seemed to face any reprisals from his family or school authorities. Mrs. Schwartzman was one of those elderly ladies who sat on her porch and regularly shouted at passing children, baselessly accusing them of trespassing and tearing up her rose garden. In our minds, we were dispensing justice.

You live and learn. As a grown man, I am by and large not a fan of pranking, whether it happens when Jack-o’-lanterns are ablaze or on that other holiday for miscreants, April Fool’s Day. Maybe it’s the wisdom that comes with age or maybe it’s the refusal to suffer clowns when you’ve encountered more than your share over time. But it’s probably the realization that making someone undeservedly look stupid or terrorizing an innocent for your amusement is actually uncool. Not to mention that a bucket of water balanced on the top of a door could actually hospitalize someone if it lands on their head. Could handshake-hiding a joy buzzer give an unsuspecting mark heart failure? Probably not. On the other hand (so to speak), a shock is a shock, and delivering one suggests that the milk of human kindness has gone sour.

I suppose pranks are meant to be funny to the prankster and onlookers. Laughter is healing, and a good joke generates laughs. But cruelty is never a good look, and a cruel joke foments bad feelings. By its very nature, a prank seems to have a cruel edge, and as such, spreads negativity—something the modern world regrettably has in abundance. So is there any case when pulling a prank is justifiable? For that answer, I’ll go back to the philosophy that guided me and my Mischief Night cohorts. Hoodwinking a jerk in the name of comeuppance is doing the work of angels. Devilish angels, but angels nonetheless. If it results in the humiliation of the pompous or mean-spirited or downright evil and results in no collateral damage, prank on!

In other words, feel free to light that sack of canine excrement, leave it at the entryway to Mar-a-Lago, ring the doorbell, and run like hell.