Looking back and looking out 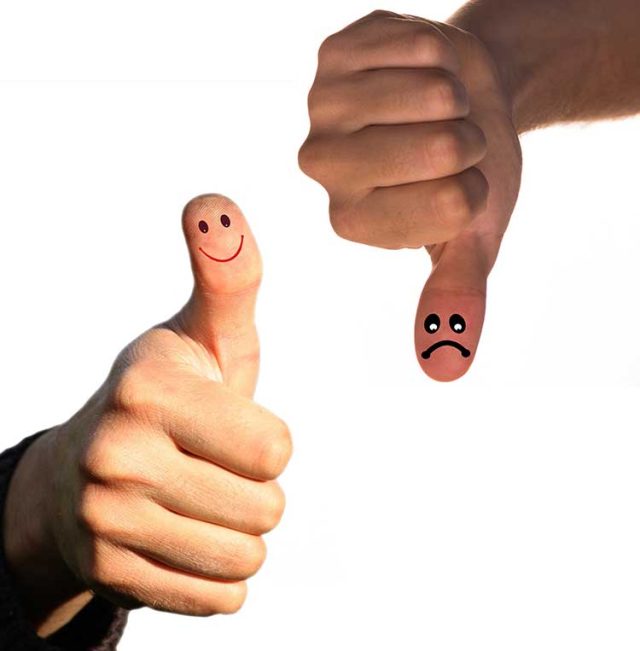 It was a year of ups and downs. Photo: geralt/Pixabay
by Michael Snyder

“Don’t look back. Something might be gaining on you.” I generally abide by that quote, which is attributed to the savvy Negro League and Major League Baseball pitching legend Satchel Paige. Still, I inevitably fail to take that advice during the days at the end of one year and the beginning of the next, when I can’t help but reflect upon what went down during the previous 12 months and anticipate what’s coming next.

Maybe it’s encoded in human DNA, or more likely, we expect it of one another as things wind down and wrap up, and the old calendar needs to be replaced — like annual performance reviews at the office or report cards as a school semester concludes. Whatever the reason, I am in contemplative mode, and as I muse upon the recent past, there’s good news and bad.

The good news: If I’m in a position to assess what went down, I made it through relatively intact. Along the way, I accomplished a few things in my chosen fields. I also saw and heard memorable movies, TV shows, and music, had some laughs on the social ramble, and found time to dine and dance in style. The bad news: Missed opportunities, challenges unmet, relationship issues, and worst of all, the loss of people dear to me.

That last thing was particularly brutal. Jim English, one of my best friends over the decades, was the first comrade whose untimely passing cut the ranks of my personal brotherhood. There were other people to mourn — an honored elder in my extended family, a couple luminaries of the Bay Area cultural scene, and some beloved artists whose fame assured tributes from many corners. Jim’s death hit hardest. He was a gem — a mainstay of San Francisco’s underground club circuit in the ’80s and ’90s who co-founded the still-percolating DNA Lounge before moving on to other successful enterprises. A loving husband and a father of three, Jim was kind, loyal, and true.

BRIGHT SIDE, DARK SIDE

Obviously, there’s no replacing someone like Jim. You can only embrace what you still have — those who matter, the things that satisfy, enrich, and elevate — and try to move forward. So that’s been the plan, even in the face of career detours. I had to find an alternate broadcast platform for my reviews and commentary when KGO, the venerable Northern California radio station that gave me an audio forum every Friday morning, suddenly changed format. Fortunately, former KGO colleagues embarked upon a new streaming venture, and I was invited to join them.

More than ever, the only sure things in the entertainment industry are no sure things at all — especially as hyper-speed technological evolution, shifts in consumer taste, and tighter budgets impact corporate decision-making. As a result, the standard hurry-up-and-wait of Hollywood development now requires more patience than usual, even for anyone lucky enough to be allied with creative partners boasting significant achievements in the business. When confronting obstacles in the way of your goal, it can make sense to seek alternate routes or back doors to get a project up and running — like first turning what was originally conceived as an all-ages animated feature-film into a graphic novel. Yes, it’s another detour of sorts, one that puts more possibilities in play. Wish me and my collaborators luck.

While small-scale triumphs and tragedies may loom very large for each of us on a day-to-day basis, it’s inevitable that the great big world will intrude and kick your ass in some way. A needless, lethal land war is launched in Eastern Europe by a totalitarian lunatic, and it undermines the long-running international balance of power, triggers and aggravates a global economic crisis, and threatens to ignite an even larger, more devastating conflict.

Viral mutations fuel rampant disagreements about causes, cures, and even the means to prevent the spread of potentially deadly disease. An American political party willfully follows a self-serving would-be dictator, continually trying to expand its numbers and commandeer the government by fomenting ignorance and weaponizing the stupid; during the election in November, this amoral aggregate fell short of its heinous goals, although it’s still in a position to do some damage to democracy in the coming days. To roll out another quote, this one from a poem by the immortal William Wordsworth, “The world is too much with us; late and soon.” Yet, we must persevere.

If I was to grade 2022, I would have to fudge a bit and factor in the NBA championship won in June by the Golden State Warriors, whose skill, focus, and team concept on the basketball court (and unbridled joy on the sidelines) turned the shiny, newish environs of Chase Center into a jubilant playpen for their fans. And words fail when trying to praise the Dubs’ all-world superstar Steph Curry. Bringing sports into the equation does compel me to acknowledge the mediocrity of our San Francisco Giants, who followed a stirring 2021 campaign with an underwhelming 81–81 record this past season, the epitome of baseball mediocrity from a storied franchise. I take heart in the knowledge that there’s always the next campaign at Oracle Park, the best yard in the major leagues.

Let’s not forget the San Francisco 49ers, who are on an astonishing roll into the NFL post-season as I write this. Will the football gods bless the Niners and allow the low-drafted and amazingly poised Brock Purdy to become the first rookie quarterback to lead his team to a Super Bowl victory? From my keyboard to the celestial in-box! Since the outcome of the NFL season remains up in the air, my overall grade for 2022 will have to be an “incomplete” until further notice.

Forgive me for a measure of weariness as 2023 approaches. It’s been a grind getting here. As noted above, I shouldn’t be too pessimistic when I have endured and am able to take pleasure in the ups, the little victories, the unexpected treats, and the ongoing companionships that have been bright spots in what is too often a gray, murky haze and occasionally downright dark. I know there will be losses. The dear will depart. The gig will go south. What can go wrong will go wrong. But there will be wins, and what goes right can be so sweet and nurturing that it’s worth the struggle. The only thing left to say here is “Happy New Year, one and all!”

Michael Snyder is a print and broadcast journalist who covers pop culture on “The Mark Thompson Show,” via YouTube, and on “Michael Snyder’s Culture Blast,” via GABNet.net, Roku, and iTunes. You can follow Michael on Twitter: @cultureblaster