A year without hugs

Thoughts for a pandemic Valentine’s Day 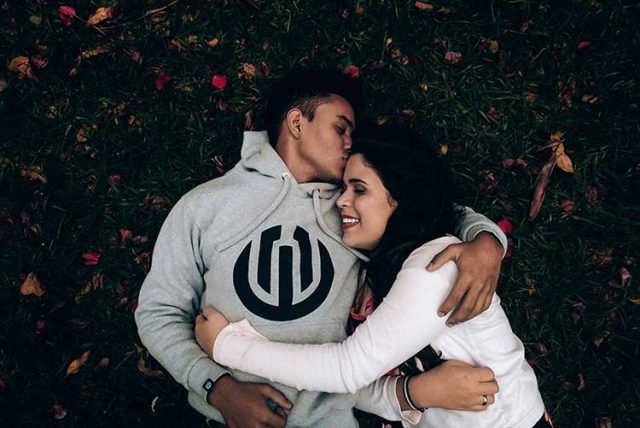 Looking at this photo might be as close as you get to hugging someone until the pandemic is over. Photo: Pexels
by Michael Snyder

We’ve seen a lot written and said about the impact of the pandemic on society, the economy, and personal welfare. People have lost their jobs, lost their homes, and in the very worst cases, lost their lives. But those of us who have managed to survive this often-perilous life-changing experience have also been in danger of losing our minds and having our fitness suffer — from the solitude, from the drain of bingeing mediocre TV shows, from nutritional shortfalls due to kitchen ineptitude and a reliance on junk food, and mostly from the lack of physical contact with another human being.

If you haven’t been able to get a vaccination as yet, if you don’t have a pod of uninfected family members or a virus-free mate, if you were single when the quarantines and lockdowns hit last year and are still alone now, you know what I mean. Blissful sexual intimacy is a joy to be cherished. Kisses are like gifts, and taking things further can be absolutely transcendent. But I’m talking about the loss of something more basic: a simple touch — and it’s a no-go for many in the interest of safety. This Valentine’s Day may be the most affection-free in kiss-tory.

For the time being, the high-five, the fist-bump, and the handshake are forsaken, unless your appendages are Saran-wrapped, you have an impenetrable surgical-style mask across your nose and mouth, and you hold your breath until you have a chance to strip down and decontaminate yourself in private. Okay. Maybe those are extreme fixes, but these are extreme circumstances. It’s easy to understand why anyone at risk should obey the six-feet-away social distancing, wear a mask, and wash hands vigorously after being out and about. Skin-on-skin can do you in.

The most debilitating loss is, to my mind, the hug. Ah, yes! The noble hug! An expression of camaraderie between friends, regardless of gender. A precursor to the old rumpy-pumpy, as the Brits say. A way for an exhausted boxer to prolong a round. And simply a feel-good clinch with a fellow human. A hug is all that — and more.

I truly believe that hugging our loved ones or those we admire can nurture the hugger as much as it shows warmth to the huggee. Now, I’m no doctor (nor do I play one on TV like the square-jaw in that vintage commercial), but I am almost certain that a hug creates a circuit between two people that zaps both of them on a microcellular level with healthy energy. After all, the human body is a remarkable organic machine that requires fuel and upkeep to properly function. Love and other emotions are like currents that can charge the battery when positive or drain it when negative. By that admittedly new-agey logic, it stands to reason that hugs can make us feel better and improve our health; and conversely, a deficiency in the hug department can lay us low.

Will this absence of the friendly squeeze do lasting damage to the population? I think it’s made people crankier, more on edge, and frustrated. It’s also probably contributed to a spread of depression across the nation. Never has the concept of national malaise been more applicable. Then again, that could largely be due to the destructive politics that have laid America low over the past four years. Still, the enforced isolation of so many trying to avoid a dangerous infection had to have repercussions, and the dearth of hugs hasn’t helped.

So what becomes of the broken hug-less? We endure until the coronavirus vaccine becomes more widely available, and hug ourselves in the meantime. Perhaps we get a dog or cat to cuddle, although as comforting as that can be, I’m not sure if animal energy has the same effect as vibe-sharing with home-sweet-homo sapiens. Such communion with our furry buddies might well lead to a craving for kibble and an urge to chase cars or susceptibility to catnip and a desire to sit on windowsills in the sun. I suppose there could be worse fates.

In any event, I await immunization with open arms.