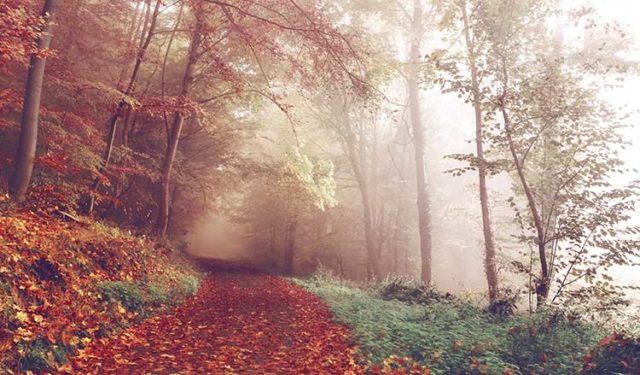 The weather, it is a-changin’, photo: Free-Photos/Pixabay
by Michael Snyder

I can feel it in my soul. Autumn is in the air . . . somewhere. The calendar may have flipped to September, but the California coastline isn’t giving up much evidence of the fact. It’s balmy — and as longtime Northern California residents know, October is just going to raise temperatures with its annual burst of Indian Summer. Wigwam? No, wig warm. For now, any changes are subtle. Those evenings on the Central Coast in Monterey and Carmel-by-the-sea and upstate in Mendocino and Ft. Bragg may be getting a bit brisker. Meanwhile, down in Los Angeles and San Diego, the heat is still on, baby. I won’t be needing a scarf or overcoat until November, if at all.

It’s times like these when I say, “Where my seasons at?” Or more precisely, I begin to long for the more palpable autumns I experienced growing up on the East Coast. My last visit to New York City was during the fall some years ago, and the experience was emblematic and scintillating. These days, global warming is triggering a later turn in the foliage throughout the Northeast. It’s always a matter of timing, but I got lucky during that particular Manhattan sojourn. Somewhat cooler weather convinced the leaves to go red, yellow, gold, and purple while I was there, and I reveled in the glorious colors adorning branches, whether they were midtown in Central Park or downtown in Tompkins Square.

At night, I wandered through Greenwich Village with a friend who had relocated to NYC from San Francisco a decade earlier. Wherever we strolled, I was enveloped and invigorated by my surroundings. The sense of time and place was irrefutable: Autumn in New York. They’ve written songs about it — with good reason. There was a crisp chill in the evening air. We could smell wood smoke coming from townhouse fireplaces. As we passed one upscale restaurant after another, exhaust fans emitted a menu of mingling scents. I got a whiff of marinated meat being grilled. And was that the aroma of sautéed Brussels sprouts? The fragrance of a sweet, cinnamon-laced apple pie straight from the oven was a no-doubter.

The hustle and bustle had an added rustle as eddies of wind blew fallen leaves here and there. We stepped on those that dropped onto our path, the rhythmic crunch-crunch-crunch sounding more like soldiers marching than a couple of companions sauntering through a big, beautiful city after dark.

It would be erroneous to say that autumn is only a treat where the trees are chromatically aflame (as opposed to truly on fire, something we’re all too familiar with in California of late). Visually, the northeastern part of the country is splendiferous in September and October, especially when you’re above the fall line. And as lovely as New York City is during that part of the year, a jaunt through the countryside in upper New York State or virtually anywhere in New England is jaw-droppingly beautiful. But our harvest on the West Coast (admittedly more of a year-round thing) is more than a match for fall produce available in the Northeast.

Agriculturally speaking, our state rocks at summer’s end! We’ve got awesome avocados and artichokes aplenty. The citrus trees down south are providing oranges, grapefruits and lemons that are dulcet to the tongue or monuments to the art of tart, and the area farms dedicated to stone fruit are delivering the sweetest peaches, plums and pluots on the planet — not to mention nectarines. True, we need to rely on our neighbors in the Pacific Northwest for ace apples. (All hail the Cosmic Crisp!) But if it’s garlic you’re looking for, in order to bring the savory, Gilroy has you covered with seasoning for the season and beyond. And if, unlike me, you dig squash, Half Moon Bay is a pumpkin paradise.

Even if we’re lacking prominent fall colors and a snap in the atmosphere out West, we do have an advantage on the flavor front. And once we get into October and folks back East are starting to dread the impending onslaught of freezing winter weather, we’ll still be in t-shirts and shorts — not to mention that Halloween in San Francisco and Los Angeles can’t be topped anywhere else. Perhaps the allure of autumn knows no geographical bounds, gorgeous postcard vistas notwithstanding. I’ll think about that while I munch on a piece of avocado toast.