Getting healthy on the bicycle to nowhere 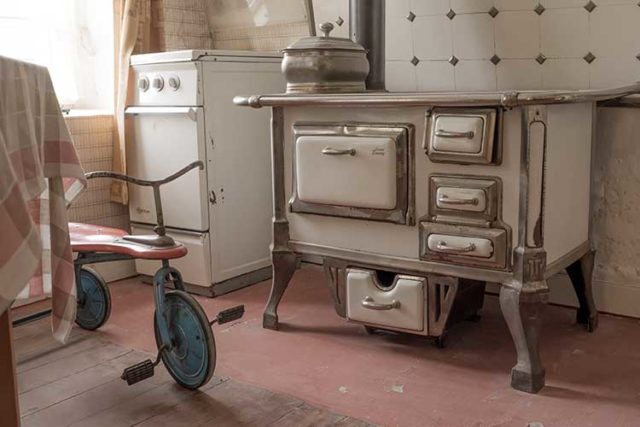 In-home bicycling can be a great way to stay fit in the comfort of your own home, Photo: blickpixel
by Michael Snyder

Being health-conscious is more than a trend. It’s a necessity after a year-plus of plopping down in comfy chairs and gobbling snack-packs while streaming binge-a-thons, and then, in many cases, transitioning to telecommuting from the cocoon. I’ve done my best to not devolve into a slug, and I have, in part, my rusty, trusty stationary bike to thank for any success in that.

Fitness frenzy is nothing new. Since the middle of last century, it has enveloped American society in waves, touted by the medical profession and whatever media offered a platform. There were the days of Charles Atlas and Jack LaLanne ads for calisthenics plans, often found in the inside or back covers of magazines. In the 1970s, actress/activist Jane Fonda released a series of wildly popular aerobics videos targeting women. And shortly thereafter, the bubbly, tireless Richard Simmons — whose barrage of TV appearances promised the weight-loss benefits of “sweatin’ to the oldies” — was inescapable. Along the way, gyms sprouted like odiferous mushrooms, offering high-end equipment, dedicated studio spaces and on-staff trainers for your physical betterment, promising a communal get-fit experience, like it or not, even if you preferred to drop some poundage, build muscle mass, or tone your body on your own.

At last pre-pandemic count, there were five or maybe six businesses devoted to various types of health clubs, all located within a five block radius on my side of Russian Hill. I have long eschewed belonging to any of these establishments. It’s more than just the anger I felt at the Alhambra Theater — the beautifully restored Polk Street landmark designed by Miller & Pflueger in the Moorish Revival style and opened in 1926 — being turned into a Crunch fitness center in the mid-1990s. Prior to Crunch’s appropriation of the Alhambra, the only Nautilus you’d see there was Captain Nemo’s submarine on the big screen when the theater played Disney’s 20,000 Leagues Under the Sea. Today, instead of Nemo’s vessel cleaving the depths of the ocean, rows of Nautilus elliptical machines are generating waves of perspiration that are seeping into the ornately decorated walls and ceilings. I want nothing to do with supporting such desecration, nor am I on board with the cult-like vibe that seems to permeate the various courses and group sessions at most health clubs.

Even before the restrictions enacted with the rise of Covid, I developed my own program for self-improvement, starting with a daily schedule of yoga stretches, isometrics, resistance band flexes, planking, and crunches (despite my aversion to Crunch itself). But the centerpiece of it all is my exercycle, the aforementioned stationary bike. I get on that baby and ride for a non-stop 30-minute stint every day, on my way to nowhere in particular — other than well-being. This half-hour pedal-pushing challenge is more than a simple aerobics routine to get the heart pumping, the blood flowing, a buzzy feeling, and a moist glow. It’s an ideal opportunity to do some serious multitasking that additionally manages to distract me from the tedium of the procedure.

TASK AND YE SHALL RECEIVE

Sure, I can simply meditate or chant a mantra as I sprint in place, and sometimes I do. That’s one of the advantages to doing a solo act when working out: the spiritual benefits. Still, I tend to enhance my intervals on the bike by watching a ballgame on my laptop, listening to a podcast, or making a hands-free phone call to a friend or colleague. Supporting the Giants or the Warriors while I furiously cycle is not only diverting, allowing the minutes to speed along; immersion in a game also boosts the athletic atmosphere. It’s not like I’m participating in an imaginary Tour de France, although I do hear cheering in my head when the timer beeps at the end of my ride — and I’m certainly more motivated to make those wheels spin if I’ve had a croissant or pain au chocolat earlier in the day. Whatever it takes, I guess.

As for the podcasts, I’d say that enjoying thought-provoking lectures, audio books, vibrant discourse, or choice comedy monologues are good uses of one’s time. It’s fun to call comrades and catch up if I haven’t spoken with them in a while, even if I have to explain the whirring sound of the bicycle chain. And the convenience of the smartphone, including the conference setting, enables me to do a little business as long as I can avoid heavy breathing that could be misconstrued by some people.

All told, my modest regime seems to have had a positive effect. For instance, from October of last year, when I upped my bike workout by 10 minutes, to the end of January, I lost five pounds. Now that I think of it, that period started right before the last presidential election and lasted until Joe Biden’s inauguration. Okay, the weight loss might have been from anxiety. Nonetheless, I swear by my stationary bike. It may not move from where it stands, but it’s been getting me where I want to go.