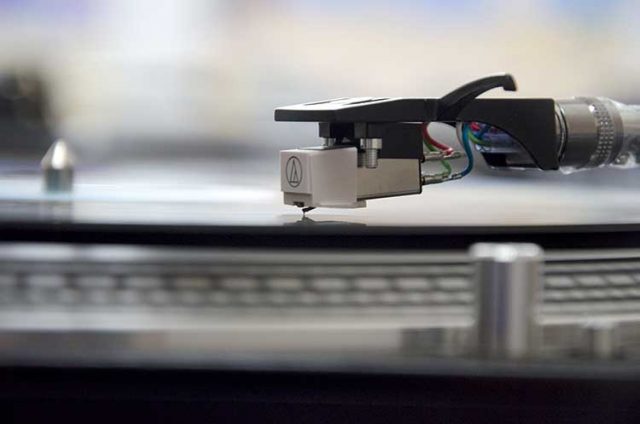 Some groundbreaking and cutting-edge records were made right here in San Francisco by 415 Records. Photo: Pixaline
by Michael Snyder

A short while back, I was going about my usual exploration of the latest goodies on offer in the entertainment realm when I encountered a note from a notable publicist. He was alerting me of an album reissue series devoted to select releases from San Francisco’s 415 Records — a label that made some well-regarded noise in the early to mid-1980s and happened to be the first serious foray into the music business for my longtime friend Howie Klein.

Although I try not to spend too much time rehashing the past, I do honor what was worthy in the way-back, and I have deep affection for some of the sounds in those old 415 grooves. Plus, I’m still close to a few of the people behind the music, including Howie. So I was intrigued by the reissues, which moved me to reminisce a bit.

I’ve known Howie for most of my adult life. We met in the Bay Area underground club scene when and where punk rock and new wave music comprised the cutting-edge soundtrack of choice (with some power-pop, ska, and vestiges of pub-rock in the mix). It was a revolution in sound, and we were on the front lines, listening as a barrage of notes and beats zinged in unexpected and thrilling directions.

Back then, we both wrote features and reviews about local musicians for various magazines and newspapers and also dabbled in radio DJ-ing, but Howie decided to take his fervor for San Francisco and East Bay bands a step further. He teamed up with Chris Knab of Aquarius Records — one of the top independent record stores that served the community — and music enthusiast/retailer Butch Bridges to start a label that would showcase their favorite previously unsigned ensembles with Howie as house A&R guy. And 415 Records was born.

Howie was ever the scenester. I recall many nights hanging out with him next to soundboards in dingy nightclubs, retooled meeting halls, and warehouse parties that were taken over by rowdy crowds going mad for whatever up-and-comers, righteous wannabe world-changers, and nascent rock stars were on the bill. This was the talent pool that Howie used as his own fishing hole as he sought to land artists for 415. And he hooked some good ones.

Over the course of a few heady years, 415 released recordings by, among others, roughneck punk-rockers The Offs, cabaret-punk band The Nuns, new-wave popabilly ensemble Pearl Harbor and the Explosions, the blithely off-the-wall Mutants, ska-revivalists The Uptones, snark-rock purveyors the Pop-O-Pies, electro-innovators The Units, and many more near-legendary groups. And they were esteemed in cooler circles, contributing to San Francisco’s rise as an eclectic West Coast equivalent to New York City’s downtown punk enclave. Pearl Harbor and her band received enough attention and love for their lively 415 Records single “Drivin'” that they used it as a springboard to a contract with Warner Bros. Records and a subsequent, albeit modest solo career for the effervescent Pearl.

After making a splash with its roster of street-cred rebels, 415 Records would issue It’s a Condition, the debut album from art-rockers Romeo Void featuring the confessional lyrics and openhearted vocals of lead singer Deborah Iyall and the soulful blast of Benjamin Bossi’s sax, swirling amid a pulsing rhythmic foundation laid down by the rest of the group. It’s a Condition was successful enough to inspire a partnership between the label and long-running music-industry giant Columbia Records for a number of years. Romeo Void rewarded Columbia’s faith in 415 with “Never Say Never,” a hit on alternative rock radio, college stations, and a then-burgeoning MTV.

In addition to Romeo Void, some of the bands Howie signed that benefitted from 415’s Columbia distribution were the post-punk folk-rock quintet Translator, fervent alt-rockers Wire Train, and the boundary-pushing dance-rock trio Until December. Despite not breaking big, Wire Train ended up being a sort of incubator for nimble and genial lead guitarist Jeff Trott who would go on to become a member of the Anglo-American band World Party and, more significantly, Sheryl Crow’s go-to songwriting partner and co-author of such hits as “Everyday is a Winding Road,” “My Favorite Mistake,” “If It Makes You Happy,” “Soak Up the Sun,” and her recent, incendiary attack on poisonous partisan politics, “In the End.”

Howie’s ability to scout and appreciate unique and rebellious creators and his ability to work with a varied range of performers didn’t go unnoticed in the business. His fruitful time under the Columbia Records corporate umbrella led to him being appointed as an executive at Sire Records — a Warner Bros. label and the home to punk progenitors the Ramones, whose leather-jacketed style was in tune with Howie’s own sartorial preferences. The new job required him to leave San Francisco, and his success shepherding Sire and its roster, including singer and icon Madonna, resulted in an even more prestigious gig. Based in Los Angeles, Howie took on the general manager’s position at Warners’ historic Reprise Records imprint — founded by Frank Sinatra and an eventual haven for rock, pop and folk legends, including Neil Young and Joni Mitchell — and thrived in the role.

MOVING FORWARD, CATCHING UP, AND SPRUCING UP

Eventually, digital technology changed the nature of music distribution and negatively impacted sales and profits. Howie must have seen it coming, because he retired from Reprise right before iPods and streaming services began to take a toll on the industry’s bottom line. Staying in L.A. where he had made a comfortable home for himself, he moved on to full-time political activism as a standard-bearer for the progressive wing of the Democratic Party. We do occasionally get together for a meal in the general vicinity of his neighborhood down there, and the topic of conversation tends to be politics rather than our past escapades. To be fair, we have had a few laughs recalling adventures with the likes of the Clash, Tom Petty, Dwight Twilley, Devo, and Rickie Lee Jones as well as the more eccentric habitués of the Mabuhay Gardens, the Back D.O.R., the Savoy Tivoli, the Deaf Club, and other now-defunct rock-and-roll joints in the city.

With that shared history in mind, it was intriguing to see some pre-Columbia relics of the 415 Records catalog get a rather spiffy revival courtesy of the Liberation Hall specialty label — particularly an expanded version of Disturbing the Peace, a diverse anthology of single tracks from crucial S.F. punk and new wave trailblazers. Still Disturbing the Peace features songs from The Nuns, Mutants, Pearl Harbor and the Explosions, SVT, VKTMS, The Offs, Red Rockers, New Math, Pop-O-Pies, Baby Buddha, The Units, The Uptones, The Readymades, Renegades, The Symptoms, The Imposters, and Monkey Rhythm. And the packaging is, as it was on the original version, the work of witty, idiosyncratic Grammy-winning art director and photographer Hugh Brown, another ex-San Franciscan who ended up in L.A. and, I’m proud to say, remains a close friend of mine.

There are more refurbished 415 recordings available from Liberation Hall, including full-length albums from SVT, The Readymades, The Uptones, and Pop-O-Pies, and more to come, but Still Disturbing the Peace is as good of a representation of that wild time as you could find. It was a period in S.F. when the motto in the demimonde was “Anything goes!” — and anything went. If you don’t believe me, ask Howie. He was right in the thick of it all.