Holiday cheers to the extreme 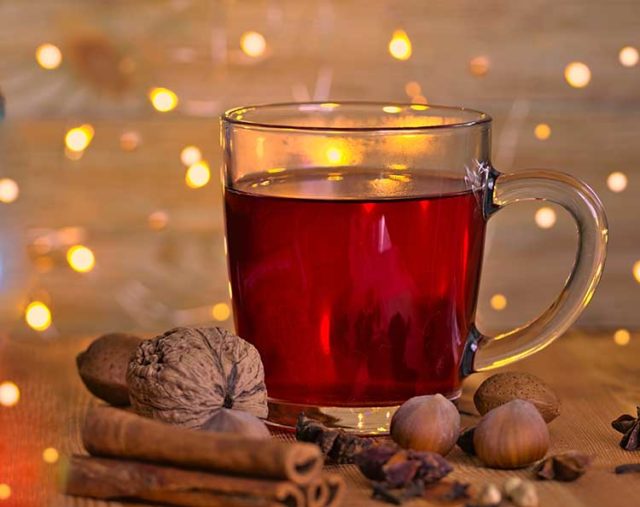 It’s time to get your Glögg on and start celebrating, Photo: Lovini/Pixabay
by Michael Snyder

If I had to venture a guess about the extent of alcohol consumption in the United States between late November and early January, I’d call it… considerable. How considerable? How about “the burning of brain cells might be attaining critical mass” considerable? Not a good thing, considering how the national I.Q. appears to be tumbling to new lows. It’s enough to make you want to drown your sorrows.

Even more than the Thanksgiving gauntlet when your horrifying relatives can drive you to over-boozing before, during, and after dinner, Christmas and New Year’s Eve are socially acceptable times to be drinkin’ ’til you’re stinkin’. As to why the spirits come faster than Ebenezer Scrooge’s spectral midnight visitors and go down the hatch with the fury of an aggrieved Grinch, it could be anything from the chilly weather, to the expectations of a good time that are implied by the annual celebrations, to depression when good times don’t magically materialize. The end-of-year family get-togethers can be just as stressful as Turkey Day, if not more so. If Xanax was a flavorsome liquid refresher that came in six packs, I think sales would soar in December.

All the festively-named wintertime beverages certainly give people license to get flagrantly hammered in the name of the holidays. Who could say no to a Tom and Jerry or a jolly cup of eggnog? How comforting does a libation called hot buttered rum sound, unless you’ve got cholesterol issues? What’s there to mull about downing a cup of spicy mulled wine? A robust, heated red on a cold evening? Sure! By the way, it may be mulled wine among the English-speakers, but depending on country or variant, it’s known by other designations. I suppose you could label it warm winter sangria, with the heat and the addition of various fruit infusions. For the record, it’s Glögg in Sweden and Glühwein in Germany.

THE PROOF IS IN GUZZLING

Those seasonal classics are so cutely christened that they couldn’t possibly be bad for you, am I right? And when cocktails have fun names such as Christmas Jones, Santa’s Whiskey Flip, Mrs. Claus’ Wildside Punch, Spiced Silver Bell, Peppermint Patty, and Gingerbread Man-tini, it’s easy to think, “What’s the harm?” Meanwhile, you’re downing mixed drinks that can start at around 30 percent alcohol-by-volume or 60 proof — some of which are sneakily sweet, masking the kick. Yeah, there’s a bit of danger here, beyond what is charitably referred to as buzzed driving. Poisoning by excess, dizzily tumbling down a flight of stairs, or a drunk-and-disorderly conviction will definitely dampen your cheer.

I’m as guilty as anyone when it comes to succumbing to libations during what the omnipresent Christmas song repeatedly calls “the most wonderful time of the year.” In typical fashion, I eschew the hard liquor for a selection of holiday beers that could fill half a BevMo. There’s really nothing quite so delightful for a connoisseur of the barley, malt and hops than a visit to a drinking establishment that specializes in craft brews, especially this month.

Fittingly enough, I had my first taste of Anchor Brewing Co.’s annual and ever-unique Christmas Ale in the cozy, welcoming confines of a renowned San Francisco restaurant and bar. I was meeting people at Tommy’s Joynt on the corner of Van Ness and Geary and, wanting to drink locally, I decided to order a pint of steam beer from Anchor, the long-running and groundbreaking brewery headquartered on Potrero Hill. Since it was Yuletide, the bartender asked me if I wanted the Christmas ale, and I was intrigued. I gave him a hearty “Ho, ho, ho!” — and proffered my thanks after I had tried it.

TOO MANY BREWS TO CHOOSE

Despite alterations in the recipe from year to year, Anchor’s Christmas Ale is often a little hoppy and piney for someone who prefers a milk stout. Nonetheless, it offered a complex and idiosyncratic mouth feel on initial sip and prepared me for the preponderance of winter beers and ales that followed in Anchor’s wake. And therein is the opportunity for an otherwise temperate guy to overdo it when it comes to imbibing. Since Anchor introduced their Christmas ale to the market decades ago, there has been a microbrewery boom in the United States. It’s now gotten to the point where every brewer from Maine to San Diego has released a special winter gift to the customers and aficionados. And most of them are enticing to someone who wants to sample diverse rivulets one can find flowing from a handy row of taps.

Since bars are a less welcoming circumstance until this whole messy pandemic issue is fully sorted, bottles and cans will have to do. It’s heartening that there are so many full-bodied options on the shelves of stores stocked by knowledgeable beer buyers: from the malty, brown U.K. perennial Samuel Smith’s Winter Welcome and the Great Yorkshire Brewery’s potent Santa’s Tipple to the hoppy crispness of Sierra Nevada’s Celebration IPA, the caramel Scotch ale notes of Bell’s Christmas Ale, the toasty notes of Deschutes Brewery’s Jubelale, and many more than can be listed here.

Personally, I can’t wait to treat my gullet to Firestone Walker Cinnamon Dolce Nitro Stout, imported from the wilds of Paso Robles. And who knows what else might tempt me? Not that I’ll go crazy and fall into a tasting frenzy. So many holiday beers — so few synapses to destroy.