Housebreak the children, curb the dogs 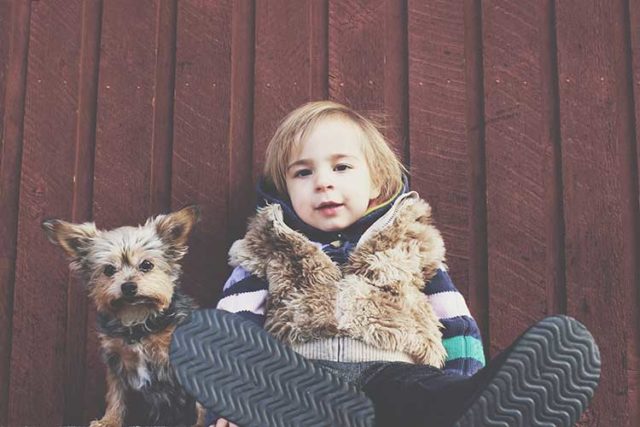 Sometimes dogs and children are best experienced at a distance, photo: Free-Photos
by Michael Snyder

“Any man who hates dogs and children can’t be all bad.” Lately, I’ve begun to feel a certain kinship with that description — a jape levied at W.C. Fields when he was introduced at a fancy Hollywood banquet back in 1939. Some caveats: I enjoyed years of being a diligent and, one would hope, a caring father figure to my godson — an incredibly gratifying experience. And I had a delightfully reciprocal friendship with a feisty longhaired Chihuahua when I dwelled for a time with his owners. But recent incidents reminded me that close proximity to kiddies and canines who are not a regular part of my extended family can be less than appealing when you live in a congested, apartment-heavy urban environment.

A friend had invited me to her flat in the Western Addition for coffee and conversation on a Sunday afternoon. Pouring a couple cups of dark roast, she suggested we take our tête-à-tête out back and get a few fleeting rays of springtime sun on a bench in her garden before the mists began to roll in. It seemed like a good idea to me. As we sat beside a blooming flower bed and caught up on our respective doings, the clock ticked away. Soon, the clouds had brought a damp chill that drove us indoors where it became clear why she had chosen to hang out in the yard as opposed to the kitchen. The clatter from the apartment above was unrelenting.

Running, jumping, squealing and screaming, the youngsters in the family that lived upstairs from my friend kept the decibels high for the rest of my visit. I learned that this noise bomb was set off daily, although at irregular hours. As we parted company that afternoon, I asked my friend how she was coping with the frequent disturbance in her force. “Not well,” she said. “When they start up in the daytime, I go out to the yard — weather permitting. Or I go for a walk.” At night, she uses earplugs or audio counter-programming with Spotify. Having lived there for a very long time, she has no plans to leave an otherwise comfortable, rent-controlled situation. She knows that the little ones mean no harm, but added, “I only hope they settle down or the family moves out before my brain explodes.”

THE WALLS HAVE EARS AND SO DO I

The walls of my own apartment are the antithesis of soundproof. In fact, I wonder if the building wasn’t originally constructed by Fender, Marshall, or Peavey as a test site for amplifiers. Like it or not, I’ve heard all manner of boudoir high jinks from the folks next door and on the floor above me — the latter, literally, I think. I can only shudder in fear at the thought of having a troop of rug rats on any side of my place. Fortunately for me, that hasn’t been much of an issue in my neighborhood — the upside to having so many striving single-minded millennial digi-heads on Russian Hill. Sure, I’ve encountered a few first-time parents pushing strollers down Polk Street. And the lockdown/shelter-in-place orders did put couples at extremely close quarters with extra time on their hands, so a baby boomlet may be in progress. But if the post-pandemic procreations have happened, the culprits haven’t invaded my block . . . yet.

It hasn’t been so quiet when it comes to furrier companions. The solitude of quarantining reportedly led to an uptick in dog adoptions. It’s understandable. Dog is man’s and woman’s best friend, especially when neither man nor woman can hang with fellow humans for months. But it appears that the new owners, a veritable legion in my corner of the city, are nowhere near as diligent about gathering up their pets’ droppings as the smaller coterie of pre-COVID dog-lovers. What should have been a normal stroll to a local café the other day became a desperate dance through a fecal minefield. Stepping out of my front door, I suddenly felt like Indiana Jones trying to get to a priceless idol secreted at the heart of a trap-strewn cave. And if I wasn’t careful, the trap might get stuck to my shoe.

Beyond the growing negligence when it comes to clean-up, the increased number of dogs on local sidewalks has led to a greater frequency of testy encounters between some snarling, barking “darlings.” It feels like these curbside dust-ups happen more often when foot traffic is at its highest, or they go down next to a busy restaurant parklet. Need your mellow harshed or your appetite suppressed? Go for walk in my ’hood, and see what transpires.

Making the scenario even less pleasant, these pandemic pooch-people may have to go back to work on site at some point, and they could find their social lives ramping up again. What will happen to the recently adopted dogs when the master or mistress has little or no need for canine company or quality time gets tight? Will the pups be neglected? Will they be taken back to the SPCA as inconvenient diversions that have lost usefulness, becoming short-timers? That would be sadder than sad.

To reiterate, I love kids and all manner of creatures — theoretically or from a safe distance. Next door? That’s a stretch when you live where I live. I used to think that landlords were creeps when their classified advertisements for tenants noted, “No Children or Dogs.” Now, I’m not so sure.