Lynne Tingle created Milo Foundation 24 years ago and has saved more than 32,000 animals, becoming one of the Bay Area’s most respected rescue organizations. At the 283-acre Milo Sanctuary in Willits, Lynne, along with Marianne and Fred Doar, recently started another venture after discovering the horrors of “kill lots” across the country, where more than 100,000 American horses are transported to Canada and Mexico to be slaughtered for meat annually (so horrific are the details of how they are killed that I won’t print them here).

The steed that started it all — a U.S. Department of Agriculture horse ridden 12-hour days by officers patrolling the dangerous Texas-Mexico border to keep tick-infested animals from crossing — was dubbed Ricky Ticky. “He gave years of service,” Marianne said by phone. “I couldn’t let him die that way.” And so Starlyght’s Dream, named after Marianne’s beloved 19-year-old Arabian mare, was born with an offer from the Doars to match donations up to $12,000.

On, appropriately, Independence Day weekend, Starlyght’s Dream Milo Horse Rescue purchased the initial “Lucky Seven” from a kill pen in Texas. Workers there know the horrible fate horses face if they end up in the crowded trucks headed for Mexico and Canada, so they try to help by making sure rescues have the opportunity to buy the horses before the slaughter companies. They even snuck a miniature horse named Tank in with the Lucky Seven hoping Starlyght’s Dream would take him (which, of course, they did). Beautiful and adoptable, some of the horses are American Quarter Horse Association and American Paint Horse Association registered. 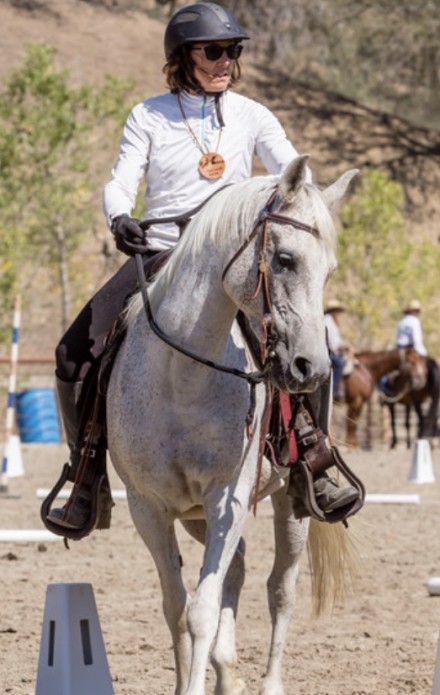 As of July 25, Starlyght’s Dream had saved 21 horses, with hopes to save many more. The horses are quarantined and vetted with a rescue partner in Texas before making the journey to Northern California, where eventually they will be available for adoption. I plan to visit the sanctuary soon and will report back with stories and photos in a future column. If you would like to donate financially, volunteer at the sanctuary, foster or adopt horses, or provide equipment, supplies or vehicles, please email Lynne at [email protected] or Marianne at [email protected] and put “Horse Rescue” in the subject line, or visit https://donatenow.networkforgood.org/starlyghtsdreammilohorsefund. For more information, please visit their website, milofoundation.org. …

Over the past 17 years, San Francisco’s Rocket Dog Rescue has saved 10,000 dogs. Since opening their Oakland Urban Sanctuary and Adoption Center in 2014, the group has gained the community’s trust. With underfunded, understaffed Oakland Animal Services in dire straits, and Mayor Libby Schaaf telling the shelter to “learn how to fundraise,” it is obvious animals aren’t a priority in Oakland (apparently Schaaf, who will soon be up for reelection, is only interested in causes that get her on the national news). So it came as no surprise that, on May 26, Rocket Dog founder Pali Boucher got an early morning call from a homeless person who had made a horrific discovery: Two German shepherd puppies clinging to each other in a garbage pile at 89th Avenue and G Street, one’s hind foot crudely hacked off and the other’s jaw deliberately crushed. The all-volunteer Rocket Dog, which named the pups Freya and Frigg, rushed them to an emergency vet.

Shockingly, a third puppy, this time a husky mix with a broken jaw, was found in the same area. Once again Rocket Dog got the call, but OAS soon took all three puppies into their care as evidence for the criminal investigation. VCA Bay Area Veterinary Specialists of San Leandro operated on the husky (called Chloe) and Beacon Veterinary Specialists in Fremont operated on Freya. The puppies have a good prognosis (Frigg is already living with the person who plans to adopt her), but the monster responsible for the mutilations hasn’t been caught despite a $40,000 reward. The Oakland Police Department is urging residents and businesses in the area to look through surveillance camera footage taken over Memorial Day weekend. 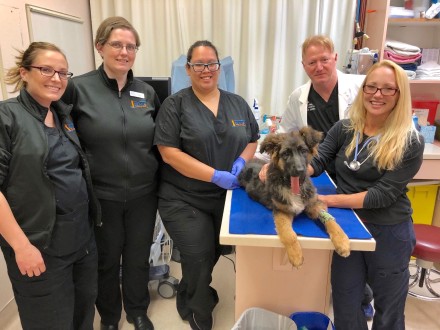 Alameda County District Attorney Nancy O’Malley should be commended for bluntly saying what I’ve been writing for many years about the animal abuse/human abuse connection: Whoever is hurting these dogs is also either hurting people or will hurt people. It’s a well-known fact that serial killers almost always start with animals. “Son of Sam” David Berkowitz, cannibalistic sadist Jeffrey Dahmer, “Boston Strangler” Albert DeSalvo, and co-ed hunter Ted Bundy all tortured animals before their infamous crimes against humans. On May 30, SB-1024, the Animal Welfare and Violence Intervention Act of 2018, passed unanimously in the California Senate, finally recognizing this link. The landmark bill will give judges the power to order mental health evaluations as part of a sentence for animal abuse, in addition to fines and jail time. Please call the Assembly Committee on Public Safety at 916-319-3744 and urge them to vote in favor of SB-1024.