Obsess at your own risk 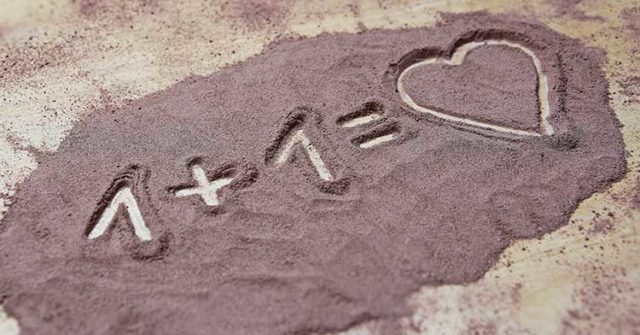 Sometimes one plus one equals love, but sometimes it’s the sum of misery, Photo: pixel2013/Pixabay
by Michael Snyder

Every time I see or hear the word “obsession,” I think about one of three things: the Calvin Klein fragrance for discerning women and men; the gritty, lurid early-career Rolling Stones’ track “My Obsession”; and the potential madness that seems inherent in one-sided romantic love. Actually, that last one sometimes manifests in reciprocal affairs and relationships, although they are frequently out of balance — which invariably leads to trouble.

Unlike the perfume, you can’t wash away romantic obsession in the shower — despite all the fun things you can get up to when the water’s running. And unlike the Stones’ track, you can’t turn off romantic obsession by picking up the needle on the record, turning down the volume, or deleting an audio file. In fact, you may be so overwhelmed by your feelings that you find yourself singing in the shower about the object of your desire, and what starts out as a hymn often ends up as a lament.

Sure, Romeo. Valentine’s Day, conveniently coming up right smack in the middle of this month, is a joyful celebration to be cherished by lovers everywhere — unless you consider the dark side of loving the wrong person. For all of the hearts and flowers associated with love, it can get pretty bloody and thorny when expectations aren’t met. Soul mates and love-at-first-sighters, those whose relationships endure, are rarities if not oddities. It ain’t so easy to make a life-long connection. Even great romances are often ephemeral for any number of reasons. In my experience, a fixation on someone desirable or an addiction to their company usually won’t end well. Love is all too often a hurtin’ thing, to paraphrase the lyrics of a song made famous by soul crooner Lou Rawls.

On the positive side of the ledger, romantic obsession has long been fuel for great art. The classic English poets Byron, Shelley, and Keats reveled in turbulent emotion and let it power their creativity. But the stress and strain of overwhelming feelings that are on the unhappy end of the emo-spectrum can be debilitating, regardless of their impact on an artist’s work. Van Gogh actually cut off an ear when he was rebuffed by a woman, and the gesture didn’t help other than to be intrinsic to one of his most memorable self-portraits. Timeless, evocative painting? Yes. Still, earless. Not a good look.

Does anyone really want to endure sleepless nights as they pine over an unattainable partner or one who once cared for you but ended things? How much time do you really want to waste by cyber-stalking a recalcitrant individual on Facebook, Instagram, etc.? Seeing their happiness — since we all tend to depict ourselves in the best possible light on social media — will probably cause more anguish. Misery may love company, but there’s little glory in it, even if you find an equally broken soul for commiseration. Meanwhile, your non-miserable friends (i.e. most people you know) will just be bummed out by your self-pity and sadness.

GETTING OVER IT AND ON WITH IT

There’s a lesson to learn here. To survive the perils of obsession and eventually move past it, get your mind off your mania. Hang out with your pals. Busy yourself with work. Develop an exercise routine. Read a good book. Binge a TV series. Of course, leaving your obsession behind or dispelling it by getting involved with other types of pursuits suggests rationality, while obsessions can be irrational to an emotionally crippling extent. Is there a way out? Can you find a happy medium between the pain of unrequited love and the acceptance of a no-win situation that will allow you to move on and seek the satisfaction of nurturing mutual ardor? I don’t know.

I’m not immune to the angst. I’ve suffered over failed relationships. I’ve wept in private over faithless and heartless treatment by one or more significant others who decided that I lost my significance. I got over it, moving on with my life and letting the obsession evaporate over time. Along the way, I’ve had the good sense to not aspire to the unattainable. I understand what the phrase “out of your league” means, and as such, I’ve never imagined hooking up with, for example, the 1980s face of Calvin Klein’s Obsession — slim, ethereal British model Kate Moss. Even if I met Moss today, I would know better than to think I had a shot with her. On the other hand, she may have a less famous sister. Hmmm . . .