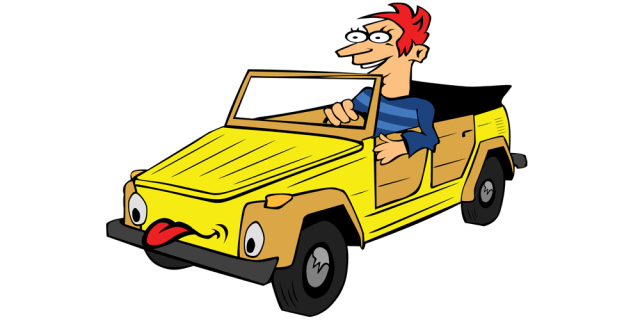 Crank up the tunes, turn up the podcasts, and hit the road, Clker-Free-Vector-Images-Pixabay
by Michael Snyder

Those who know me — or even perfect strangers who are Marina Times readers — probably understand why this column is called “The Coastal Commuter.” And if I don’t know you and you regularly read what I write, you are indeed as perfect a stranger as I could imagine. But I digress.

The name of this monthly scribble comes from the fact that I split my time between San Francisco and its frenemy city down south, Los Angeles. And since I need a car in Los Angeles due to the sprawl and went to all the trouble of paying for an annual residential parking permit in San Francisco (despite dwindling unrestricted spaces on the streets of Russian Hill), I drive the 400-plus miles on an all-too-regular basis. I’ve done that for well over a decade. As a result, I have had to confront that age-old conundrum: How do you not go crazy from boredom for roughly six hours of driving the 101?

There’s the option of getting someone cool to join me on the excursion. Not only might there be hours of scintillating conversation, you could share the punishing cost of gasoline with the person riding shotgun. But a fellow traveler on my S.F.-to-L.A. swing is a non-starter in most cases, since I can’t usually provide a timely round-trip situation for any passenger because of a schedule that locks me into one city or the other for weeks at a time. Even if that was feasible, do I really want to find myself singing a duet on “One Hundred Bottles of Beer on the Wall” or worse, playing Punch Buggy? And I’d be Daddy in the driver’s seat, having to deal with the regular inquiry, “Are we there yet?” No thanks.

So, auto solitude (and yes, I know it sounds a bit kinky) requires that I come up with some sort of in-transit entertainment to while away the hours. It would preferably be the listenable variety, since you really don’t want to take your eyes off the road and fixate on a screen, even considering the long stretches of dull terrain on I-5. This is where personal taste would come into play, although I have noted some safety issues, depending on what’s coming out of your car’s speaker system.

Many people choose to go for audio books on those extensive drives. I’m not one of them. If I decided to embrace my inner patriot, I could catch up on The Federalist Papers. But I hold this truth to be self-evident: It would put me to sleep. And that’s not a good idea at 70 miles per hour. A Dean Koontz thriller like Intensity might shock me so badly that I lose control of the steering wheel. Again, not ideal. And a fantasy or romance could inspire daydreaming — right into a highway divider.

Which brings us to what works for me on my rambles. For starters, music hath those vaunted charms — and I’m not referring to counting bottles of beer on the wall. I do carry a couple of devices with me on my trips to provide personalized tunes from among my all-time favorites: Radio Mikey, if you will. The fact that they are early-generation mp3 players — already considered outmoded tech — doesn’t bother me. (“When I was a boy, we had mini-gigabyte iPods that only had room for 200 songs, and we were happy to get that many!”) And as corny as it might be, I think it’s appropriate to program songs that are in sync with my destination, so I’ll create a playlist with the likes of L.A.-identified musicians such as Buffalo Springfield, Haim, Frank Zappa, Rilo Kiley, the Monkees, the Silversun Pickups, and the Mama & the Papas for going south. As for heading north, I opt for Bay Area artists that include Moby Grape, the Tubes, the Brian Jonestown Massacre, the Flamin’ Groovies, Faith No More, Sly & the Family Stone, and Jefferson Airplane.

A Los Angeles-dwelling buddy of mine, who spends the occasional weekend in NorCal at the Mill Valley Inn, relies on Sirius XM radio for his musical menu as he navigates the interstate, switching from channel to channel in search of optimum selections. I don’t have satellite radio in my Nissan. I’m more of a terrestrial guy, and while en route, I regularly rely on conventional broadcasts to accompany me. On my way out of S.F. any weekday morning, I typically turn on KGO-AM talk radio to learn what my friend and colleague Mark Thompson has to say on the issues of the day. And like KGO, KNBR-AM — my go-to sports station — has a powerful signal that’s audible for hundreds of miles. It’s gratifying for this fan to get all the latest on the Giants, Niners, and Warriors until around Lost Hills, when static gets in the way.

Even if I can’t access those particular airwaves and my digital jukeboxes lose a little of their charm, I have a secret weapon in my battle to stave off the tedium of the commute: episodes of comedian Greg Proops’ podcast, “The Smartest Man in the World.” As I have previously noted in these pages, Proops is a wonder — a quick-witted, culture-wise, politically astute orator. He has Bay Area roots that he continues to cherish, despite living in L.A., which increases the sense of camaraderie I feel toward him.

With his wise and literate wife Jennifer as a frequent co-host, Proops is fearlessly outspoken and subversively funny, spouting anecdotes and whipping out the occasional impression without defaulting to any of his sharp and snazzy stand-up material. Hearing the Proopcast while I’m behind the wheel is like having the best possible companion in the seat next to me. He doesn’t chip in for gas, but his presence pays off as a diversion that makes the hours pass like minutes and the distances seem to evaporate.