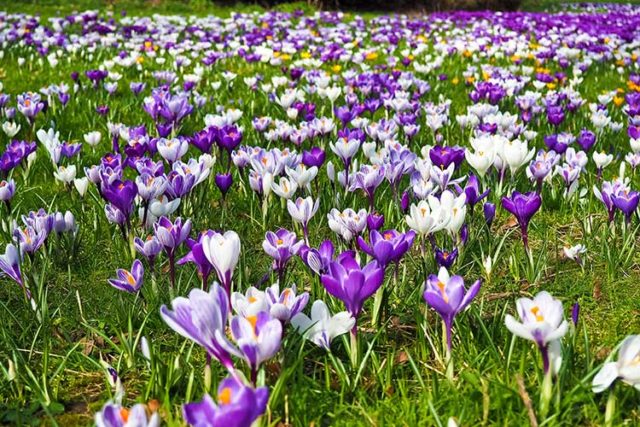 Flowers in bloom have given our columnist a heady case of spring fever. Photo: Image by Hands off my tags! Michael Gaida/Pixabay
by Michael Snyder

I have spring fever. I’m almost certain of it. Sure, it could be a variant. There’s some sneezing involved. But that means it could also be allergies. In fact, it’s more likely to be allergies than anything life-threatening — unless a certain sort of giddiness when I’m back in the company of friends and a cheerful willingness to bop at the drop of a beat could be considered dangerous. The hell with all that. Spring sprang, and I feel sprung!

The front and back yards at my part-time residence have been in bloom since early March. Check that. The whole neighborhood has been in bloom. A few weeks back, I got out of my car at twilight and was nearly bowled over by the heady scent of night-blooming jasmine mixed with a whiff of orange blossoms. Although I may be infringing on some shampoo company’s copyright by saying this, I cannot help myself: It was an herbal delight!

By day, cherry blossoms are popping out on tree branches against a bright blue sky. And the uncommonly cold evenings of this past winter have given way to milder ones that encourage more socializing — further enhanced by the easing of pandemic restrictions. People are out to party …  as sensibly as they can these days. To be honest, it’s really rather exhilarating. There are some kinks to work out, reflecting the caution that has informed public interaction for two years — such as how comfortable should we be amid throngs of revelling strangers. Still, as the Sally Bowles character suggested with her rendition of the title song in the musical “Cabaret,” it’s far more fun to go out and hear the music play than to sit alone in your room.

When it comes to pithy phraseology that fits the climate, a venerated line from the poet Alfred, Lord Tennyson comes to mind: “In the spring, a young man’s fancy lightly turns to thoughts of love!” Well, Al (if I may call you that), your perspective is a little outdated. We live in more enlightened springtimes — when the fancies of both men and women, young and old, turn to thoughts of love. It’s not always a light turn either. Things can get heavy fast, although the past two years have altered a number of the social niceties associated with finding a date and then going on one.

Frisky business and fragrant flora aside, spring brings us something else to capture our attention: the return of the onetime national pastime. Despite a lockout and strained negotiations between profligately wealthy owners and grown men who are paid fortunes to play a kid’s game, major-league baseball is back. The crack of the bat, the smell of a freshly mown grass field, the booing of incompetent or corrupt umpires who often see fit to undermine my favorite team … it’s all there from now until the season ends in October and returns again next spring. Unless there’s another labor dispute.

Any way you look at it, sports fans now have the daily soap opera of baseball’s pennant races to keep our attention for the coming months. Let’s not forget the NBA playoffs, pro basketball’s annual grand finale, for hoops aficionados and for ADHD sufferers who are put off by baseball’s deliberate pace.

One of the most gratifying aspects of spring is the whole new-beginnings vibe. The earth is renewed. We see it in the pink buds and green blades. We’re emerging from the wintertime darkness — especially with Daylight Savings Time coming into effect. It’s hard to know what changes year-round DST will engender, since it was just mandated as permanent by the U.S. Congress and will be instituted in 2023. Nonetheless, sunsets will continue to be later by our clocks, and as the sunshine beams, it will be warmer in the spring, unless the climate crisis flips the environmental script beyond our current scientific models.

Even if the balmy weather conspires to make us frivolous, lackadaisical, or downright lazy, there seem to be more hours to work on projects and pursue our dreams. Possibility and promise are sharing the air with the scent of flowers. That doesn’t mean everything’s gonna go the way we want it to go. There may be stormy weather. Eventually, the heat of summer will either nurture or wither the crops — real or metaphorical. For right now, the flush and rush of spring is bringing on the best kind of fever. And the only cure is more spring.