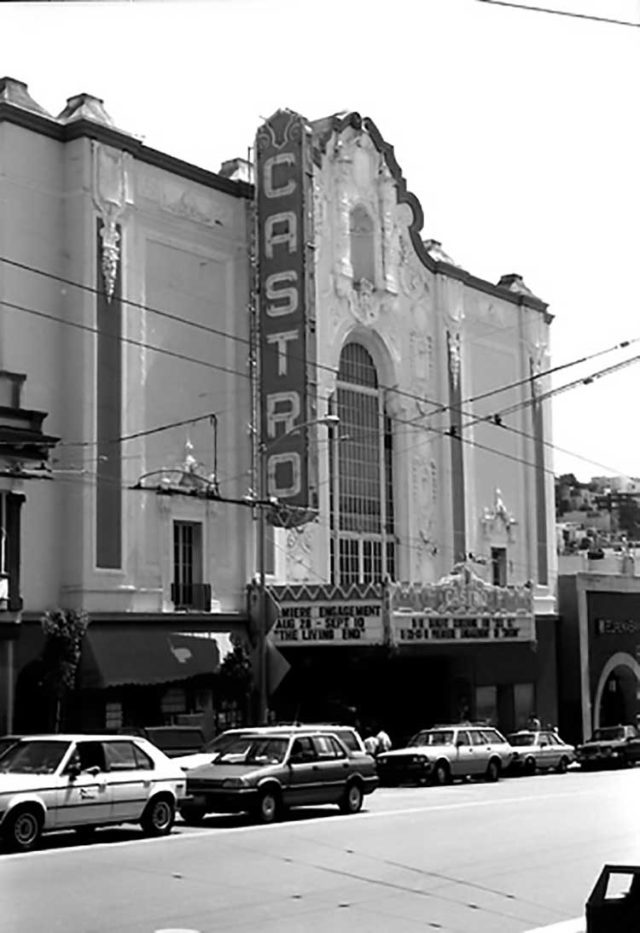 From all indications, discerning San Francisco movie lovers were less than pleased by the recent news that the venerable and elegant Castro Theatre was being sold to the Bay Area production company Another Planet. The early buzz suggested that film programming — other than some longtime festivals, particularly the LGBTQ+-oriented Frameline with its inherent connection to the Castro District — was now going to take a back seat to Another Planet’s primary thrust: concerts. To make matters worse, that bombshell was followed a short time later by word that the Landmark theater chain was closing the Embarcadero Center Cinema multiplex.

The Castro is more of a (pardon the expression) landmark than the Embarcadero Center Cinema, but the loss of the latter, which was unceremoniously shuttered a number of weekends ago, is an even greater blow to cineastes. The Embarcadero offered the most civilized and eclectic movie theater experience in town. In addition to being spiffy and well-maintained by a very cordial and knowledgeable crew, it was San Francisco’s premier showcase for independent and foreign films as scheduled by Landmark’s programmers. Even its smaller houses provided good viewing and sound. Alas, no more.

The closure of the Embarcadero Center Cinema could be traced to Covid lockdowns and protocols or the rise of the streaming services resulting in dwindling box office receipts, exacerbated by ever-rising San Francisco real-estate costs. Keeping all of that in mind, Landmark recently reopened the Opera Plaza Cinema, its other San Francisco multiplex, yet that location only has one or two mid-sized screens while the rest of its houses are almost closets with screens in the size range of your modern home HD monitor. If the feature you want to see is showing in one of those dinky rooms, you might as well wait and stream it in front of the couch.

However you couch it, this is tragic for those of us who love to be immersed in the big-screen experience, whether the movie is a superhero smash-‘em-up, an off-the-wall comedy, or an intimate drama — and especially when the offering is on the more rarefied side. In addition to it being an unfortunate local development, it’s happening across the country as smaller or boutique theaters with specialized programming are having a hard time staying open, while a few major corporations (the AMC theater chain comes to mind) are dominating markets and emphasizing major studio movies. Even the corporations are feeling the pinch. The well-run and highly regarded Arclight Hollywood and the adjacent, historic Cinerama Dome, both operated by Pacific Theaters, closed during the pandemic, much to the distress of the Los Angeles film community, and the fate of the entire complex is still unclear.

The AMC 1000 multiplex on Van Ness closed a couple years back, citing shrinking attendance, although the space has reopened as CGV Cinemas after a refurbishment. To be fair, the CGV update isn’t the only glimmer of hope. The old Mission Theater was successfully converted into the local branch of the Alamo Drafthouse chain with a few good screens and decent first-run movies on the docket, plus the company’s own freaky festival fare now and then. The spacious, funky Drafthouse may get a little drafty now and then, but true to its name, it has a cool little bar on the first floor with a great selection of beers on draft.

Sad to report, those newcomers are outliers. The trend has been tumbling downward for quite some time with a disheartening example on display before my eyes on a regular basis.

A CONSTANT REMINDER OF LOSS

For many years, a shining gem of a movie palace — the Alhambra Theater — had stood proud with its Arabic-styled turrets, neon-trimmed façade, and ornate interior gracing Russian Hill. It originally opened with fanfare on Polk Street in 1926, became worn over the years, and was twinned in 1974 to generate more profits by showing two features simultaneously. Eventually, it was spruced up with a renovation that returned it to a single-screen theater in 1988. The reopening featured the Bay Area premiere of Who Framed Roger Rabbit? amid much excitement, which faded over time until the theater was closed in 1997 and converted into . . . a gym for health-conscious urbanites. And that’s how it’s remained to this day — a memento of an era when, as the old line went, movies were your best entertainment and a trip to the cinema was a cause for celebration.

Most days, I walk past the building — still bearing the Alhambra signage, but with the “CRUNCH” fitness center logo emblazoned across the marquee — and I despair. Inside, the theater seats have given way to Nautilus machines, stationary bikes, weights, and other workout tools. The movie screen looms over all, showing random video fare to perhaps distract gym members from their laborious routines. Meanwhile, the sweat splashes on. With the Castro in flux and the Embarcadero Center Cinema gone, the Alhambra regularly reminds me of the sad state of movie-going in San Francisco — and the fate of similar theaters.

We still have the AMC Metreon, the Century San Francisco Centre 9, the AMC Kabuki, the Balboa, the Four Star, the Presidio, the Roxie (the last of the repertory rooms), and the Vogue (where this month’s Mostly British Film Festival is happening). But the Northpoint on Bay, the Royal on Polk, the Embassy on Market, the Lumiere on California (another Landmark locale), the Cento Cedar (where I once watched an amazing Buster Keaton festival), the Coronet on Geary with the biggest and best screen for blockbusters, the Regency 1 and 2 (now a concert venue), the Alexandria, the Market Street Cinema, the York, the Red Vic, the Metro, the Fox, and others . . . all gone. Some were demolished, some were repurposed.

Add the Castro and the Embarcadero Center Cinema to that list. None of them serve as dedicated movie theaters anymore, and we are all poorer for it.