The joy and burden of collecting 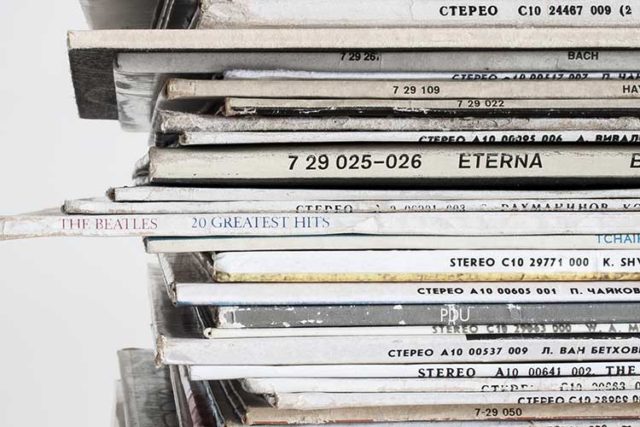 What treasures have you been collecting over the years?
by Michael Snyder

Your passion might be Playbills or Russian nesting dolls or Tyrolean hats. It could be classic cars, coasters with craft brew logos, vintage polka-dot dresses, or matchbooks. Let’s not forget the old standbys: rare books and old magazines, vinyl records, and comics. If you accumulate a bunch of items of a similar type, store them together, covet them, even catalog them, you, my friend, are a collector.

Collectors are everywhere, and I’m not talking about taxes — although collecting stuff can definitely be taxing. For that matter, collections can often be tax write-offs if the collectables depreciate in worth for some reason. Monetary advantages aside, the collector is often ridiculed and, in some cases, accused of being that ostensibly pitiable creature, the hoarder. They’ve even made pejorative reality TV shows about hoarding, and occasionally, you’ll see a “feel-bad” story about some poor unfortunate who’s found expired under a gigantic pile of newspapers that tumbled over while the victim was looking for the one with the Apollo moon landing headline emblazoned across the front page. That’s sensationalism for you — and a misrepresentation of genuine collectors.

A true collector is a meticulous archivist devoted to acquiring and preserving something seen as dear or valuable or a smart investment that could very well be monetized down the line. That which they deem precious is well-maintained, sometimes secured in boxes or set on shelves or kept in cabinets. An enthusiastically tended library or showcase for one’s cache is something to admire. Some collectors are inclined to actively enjoy the goodies they’ve accumulated. If it’s art, it’s displayed around the house. If it’s a well-maintained roadster or hot-rod, it’s taken out for the occasional Sunday cruise or rally. Regardless of obsession or societal attitudes, collectors gonna collect.

DUCKED OVER AND OUT OF LUCK

I know of what I write here. When I was a kid, one of my greatest joys was reading “Donald Duck” and “Uncle Scrooge” comic books. I focused on the stories about the short-tempered but game Everyduck and his impossibly wealthy and adventurous uncle that were written and drawn by the masterful, astute, and witty Disney staff artist Carl Barks. Despite their whimsy and the simple fact that they were about anthropomorphic animals, these four-color gems were not aimed solely at children, and in fact, they served as primers that helped me expand my vocabulary and love of wordplay and foster my somewhat snarky sense of humor.

As I loved the comics unreservedly and would gingerly re-read them, I kept them in pristine condition and secure in my bedroom. You can imagine my fury and despair when my little sister got into them. I didn’t appreciate her touching them, let alone reading them. So I raised hell with my parents. My father responded that if I wouldn’t allow my sister to have access to the comics, then neither of us would. I patently refused to share them, fearing that someone’s jam-encrusted hands would do irreparable damage to my prizes. Dad glowered at me and carted the entire stack off to the local children’s hospital where, he said, they would be put to better use by the patients.

Regardless of the lesson in sharing that my father attempted to teach me, I eventually resumed collecting comic books as an adult able to maintain a multitude of them in the proper manner. I gathered up the still-endlessly clever Duck family stories by Barks and his writing and drawing protégés, plus superhero fare, sophisticated independent books for mature audiences, and genre-expanding graphic novels. They were read with care and then placed in storage. Through fluctuations in the market, I persisted in collecting, but eventually stopped and just locked away everything I had purchased — thousands upon thousands of issues. The rise of digital comics effectively quelled any desire to resume any further pursuit of analog mags and paperbacks.

AN OVERWHELMING FLOOD OF FREEBIES

In the meantime, thanks to a career as a pop-music critic, the free record albums started coming from a parade of labels, followed by gratis CDs, all delivered to my door for review consideration. Expanding my coverage to include movies resulted in the studios sending me DVDs. Over the years, they began to pile up, alongside the comic book boxes. Lacking an archival wing adjacent to my living quarters, space became an issue. Financial needs came into play. I eventually contacted a series of vinyl brokers and sold off many of my most cherished records — a number of which I had purchased before the bounty of freebies. I wasn’t pleased with the return I received from some less-than-scrupulous purchasers. The lesson there is that, ultimately, stuff is only worth whatever someone is willing to pay for it. To be fair, the market for vinyl was pretty good at the time I divested myself of some beloved treasures, and it only hurt a bit. Who am I kidding? It was brutal, and it still is.

I’m still overburdened with CDs, the latter having yet to reach any decent collectable value in the time since they were supplanted by mp3s and streaming music. I remain hopeful for an upward trend. As for the comic books, I am open to any and all offers, although it remains to be seen if they could generate some serious profit upon sale. Speaking of which, many years after my father snatched away my original stash of Duck tales, I was visiting with him and reminded him of that trauma he visited upon me. He chuckled at the recollection until I showed him a comic buyer’s guide that listed how much cash the long-lost books would garner if I still possessed them in near-mint condition. He had taken away what would have been literally thousands of dollars’ worth of comic books. In response to this revelation, he shrugged — which goes to show that one man’s immaculate, near-priceless Action Comics #1 from 1938 is another man’s bird-cage liner.