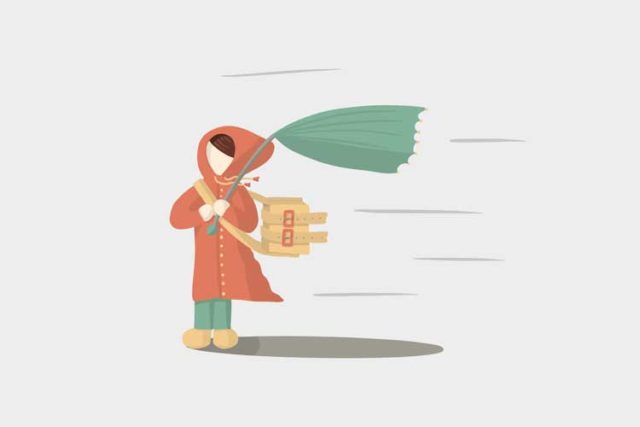 Everybody talks about the weather, but it feels like the only people who do anything about it are James Bond villains who want to control all meteorological phenomena and blackmail the world by threatening a global rain of hai stones the size of boulders. I know, I know. That may be overstating things a bit. Still, something’s happening in the atmosphere, and we better pay attention to it … stat!

No doubt, there are concerned citizens and officials who are cognizant of the catastrophe-in-progress known as climate change — a worsening problem that, if unchecked, may spell doom for humanity. But the deniers are loud and aggressive. As we wait (perhaps fruitlessly) for the rational people in the federal government and their counterparts in other countries to actively address the situation, the unseasonal, geographically unprecedented temperature fluctuations, the droughts, the mega-storms, and the floods keep coming.

Unless you’ve been living in a cave for the past 20 years or you’re incapable of analytical thinking, you have seen the evidence and understand that the weather has become more severe over the past few decades. Not believing that climate change is real while dismissing programs and scientific methods to combat it would be as stupid and short-sighted as refusing to get a vaccine that can prevent hospitalization or death. Who would be that dense and self-destructive? Oh, right.

Don’t be too smug in your ivory condo. This is not a Third World thing that Westerners can ignore. It’s impacting us from sea to turbulent sea. That includes California, where a powerful economy, fueled in part by the high-tech industry as well as agribusiness, provides no immunity from disasters — natural, man-made, or an unholy combination of both.

Some type of water rationing is already in effect in particularly parched parts of the country — and has become a necessary response to shortages in our home state, especially in Southern California. Hurricanes are more hurricane-y, with devastating gales and torrential rains battering the Deep South and the Eastern Seaboard from the Caribbean to New England, leaving greater destruction in their wake than ever before. Twisters are now touching down in the unlikeliest of places, many miles away from the Heartland’s traditional tornado corridor. To paraphrase Dorothy Gale, they’re not just in Kansas anymore.

Is any of this truly striking close to home? Well, my Russian Hill digs have been pretty darned cold much of this past month — as in parkas-in-bed cold. The real eye-opener or, to be more precise, extremity-freezer turned out to be nighttime at my place in Los Angeles, where evening temperatures descended to the mid-30s with alarming frequency on more than a few occasions since late November. There are only so many sweatshirts and comforters that an individual is legally permitted to own south of San Luis Obisbo. So much for mild Southern California winters.

FROM BOUNTY TO BARREN?

Throughout 2020, I saw more first-hand evidence of a ravaged ecosphere, as the fruit trees in my L.A. yard seemed to have given up after many productive seasons. In previous springs, summers, and falls, this mini-orchard invariably delivered a bountiful harvest: juicy and sweet Valencia, navel, and mandarin oranges; deliciously tart lemons; hearty, creamy avocados; and plump figs. Thirsty and suffering, the poor trees were given as much water as allowed under drought restrictions, and it wasn’t enough for anything other than feeble returns. The arrival of winter rains may change the equation, although too much H20 wouldn’t be so great either.

What’s undeniable is that — rain or shine, hot or cold — climate change has initiated a parade of calamities, and it may be marching us over a cliff. It isn’t just global warming; it isn’t just global cooling. It’s a radical shift encompassing both extremes and more. And what’s triggering it? Science will tell us if we listen. Solutions were offered in the past. They were ignored. Now it’s almost too late to pay attention and fight the greatest foe the planet has seen in our lifetimes.

If we delay on instituting a plan to reverse climate change any longer, the damage will be irreversible. There won’t be enough goose down to keep us warm if all the geese are dead, and there won’t be sufficient electricity available for air conditioners to keep us cool if all the power grids are destroyed. It’s a simple question of weather … or not.